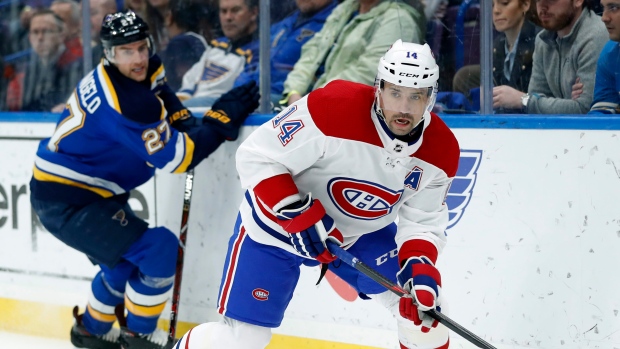 The Toronto Maple Leafs have acquired veteran centre Tomas Plekanec and Kyle Baun from the Montreal Canadiens in exchange for Rinat Valiev, Kerby Rychel and Toronto’s second round draft pick in 2018.

The native of Czech Republic has six goals and 18 assists over 60 games this season with the Habs.

Plekanec, 35, has spent his entire 14-year career in Montreal after they selected him in the third round of the 2001 NHL Draft.

Plekanec is in the final year of a two-year, $12 million contract and will be a free agent on July 1. The Canadiens will retain 50 per cent of Plekanec's remaining salary.

Baun has spent the entire season with the Habs' AHL affiliate in Laval. The 25-year-old has four goals and 12 assists in 54 games with the Laval Rocket.

Valiev and Rychel have both spent the entire season in the AHL as well, with the Toronto Marlies. Valiev, a defenceman, has five goals and 10 assists in 40 games while Rychel has 10 goals and 20 assists in 55 games.