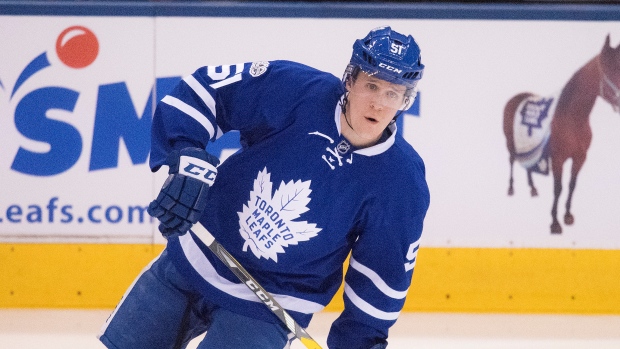 After the game, head coach Mike Babcock said the defenceman suffered “some kind of spasm," and wasn't able to return.

Babcock said Gardiner knew he had the spasm issue before the game, thought it could be managed but found that he couldn’t

Gardiner had just 5:44 minutes of playing time over the first two periods.