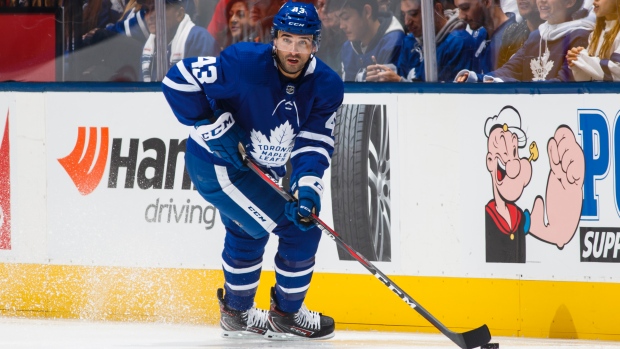 Toronto Maple Leafs forward Nazem Kadri left Tuesday's matchup with the St. Louis Blues and did not return due to a concussion, the team announced.

Update: Maple Leafs forward Nazem Kadri is out of tonight's game due to a concussion. #LeafsForever

"You know how these things go, we'll know more later," head coach Mike Babcock said during the game's broadcast before it was revealed he was dealing with a concussion.

Kadri will be re-evaluated on Wednesday.

Following their 3-2 overtime loss in St. Louis, Toronto will be back home on Thursday to take on the Washington Capitals.