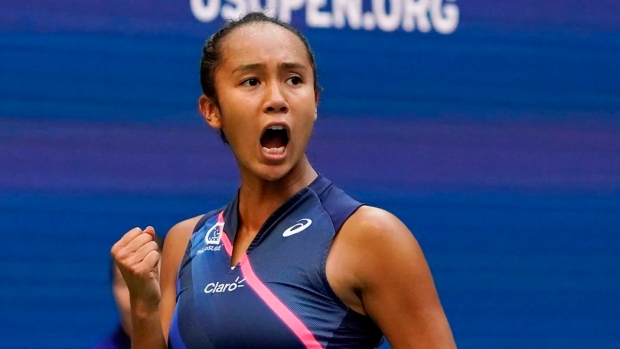 Fernandez, ranked 29th in the world, reached her first Grand Slam final last month in New York before losing to Britain's Emma Raducanu in a battle of up-and-coming teenagers.

The 19-year-old from Laval, Que., also won her first WTA title this year at the Monterrey Open in March.

Top-ranked Canadian Bianca Andreescu (No. 20) will not play in the tournament.

"I will attempt to finish these last few tournaments of the year in strong fashion, and then will focus on having a very good off-season training block in order to be fully prepared for the 2022 season," Andreescu said in a statement. "I will be playing the Billie Jean King Cup event next year and wish Team Canada all the best for this year’s edition.”

Sylvain Bruneau will serve as Canada's interim captain in place of Heidi El Tabakh, who Tennis Canada says can not attend the event due to personal reasons.

The Billie Jean King Cup finals will be held Nov. 1-6 on the hard courts of the O2 Arena in Prague, Czech Republic.

Canada is in a group with Russia and France.

This report by The Canadian Press was first published Oct. 4, 2021.