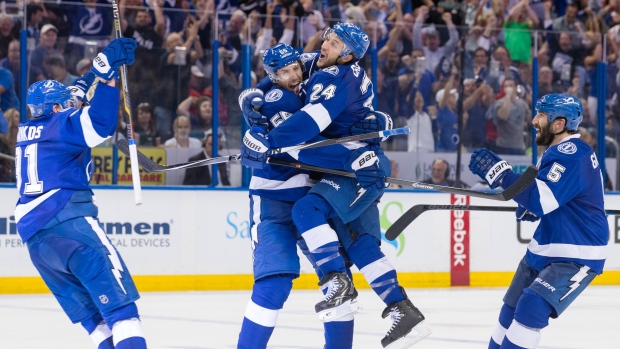 Braydon Coburn's goal proved to be enough to help lead the Tampa Bay Lightning to a 2-0 victory over the Detroit Red Wings in Game 7 and advance to second round.

Coburn’s goal came early in the third period and proved to be the game-winner. Anton Stralman added an empty-netter to seal the deal.

The Lightning next face the Montreal Canadiens in the second round, which begins Friday at the Bell Centre.