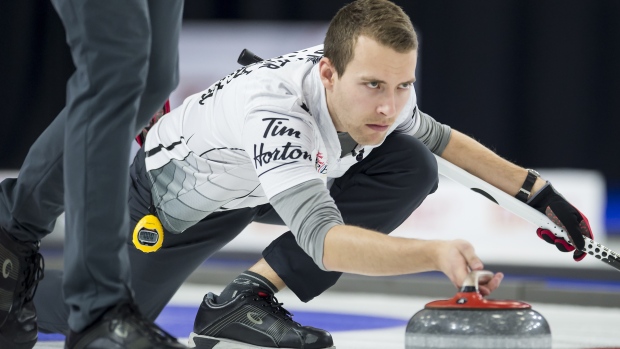 BREAKING NEWS: London, Ontario will host the 2023 @TimHortons Brier, presented by @AgGrowthIntl, and will be played March 3-12 at @BudGardens! Details in our story ➡️ https://t.co/1k8ngARWsN#Brier2023 pic.twitter.com/1fmSNVRdHu

The national men's curling championship will take place at Budweiser Gardens, the home of the OHL's London Knights, from March 3-12, 2023.

London last hosted the Brier in 2011 when Manitoba's Jeff Stoughton defeated Ontario's Glenn Howard in the final. The 1974 Macdonald Brier, won by Alberta's Hec Gervais, also took place in London as well as the 2006 Scotties Tournament of Hearts, won by Kelly Scott of British Columbia.

“Our past events in London have been memorable for so many reasons, so it was a pretty easy decision to return based on the superb bid they submitted,” said Katherine Henderson, Chief Executive Officer of Curling Canada in a release. “Budweiser Gardens is a superb building in an ideal location, and we’ve seen repeatedly that London really knows how to put on a show. I can’t wait to be there in 2023!”

The winner will represent Canada at the 2023 World Men's Curling Championship.