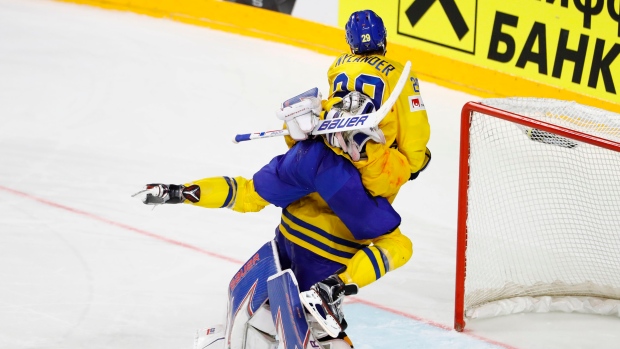 The New York Rangers goaltender told Swedish publication Sport-Express that he picked up a knee injury and will require four to six weeks of rehab.

Lundqvist, 35, joined Sweden following the Rangers' exit from the Stanley Cup playoffs, falling to the Ottawa Senators in the second round.

He backstopped the Tre Kronor to a 2-1 shootout victory over Canada in the gold-medal game. Lundqvist, who won the title alongside his twin brother Joel, was memorably tackled by Toronto Maple Leafs forward WIlliam Nylander in celebration following the victory.

The 2012 Vezina winner is expected to be ready for training camp in the fall.