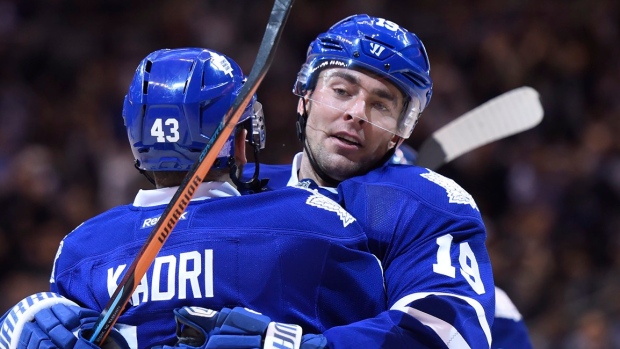 That means, then, that the National Hockey League has confirmed the Leafs' initial diagnosis from earlier this month and the 34-year-old Lupul will head onto long-term injury reserve. As such, the $5.25 million that Lupul is set to earn this season will not count towards the club's salary cap once the season begins.

According to TSN Hockey Senior Hockey Reporter Frank Seravalli, the belief is Lupul failed the physical because of his back. He had surgery while with the Anaheim Ducks for a disc issue and was never the same.

No real shock, but belief is Lupul failed independent physical because of his back. Had surgery with #Ducks for disc issue, never the same.

A native of Fort Saskatchewan, Alta., Lupul has not played since February 2016 when it was announced that he was being shut down for the remainder of the season to have a sports hernia operation. He failed a physical prior to last season and did not play at all.

Lupul, along with Jake Gardiner, was acquired by the Leafs in a 2011 trade with the Anaheim Ducks for defenceman Francois Beauchemin.

In 280 games over parts of six seasons with the Leafs, Lupul scored 88 goals and added 94 assists. He was selected to the 2012 All-Star Game.

Taken with the seventh overall selection in the 2002 NHL Entry Draft out of the Western Hockey League's Medicine Hat Tigers by the Ducks, Lupul has appeared in 701 career games over 12 seasons with Anaheim, the Philadelphia Flyers, Edmonton Oilers and the Leafs. He has tallied 205 goals and 215 assists.