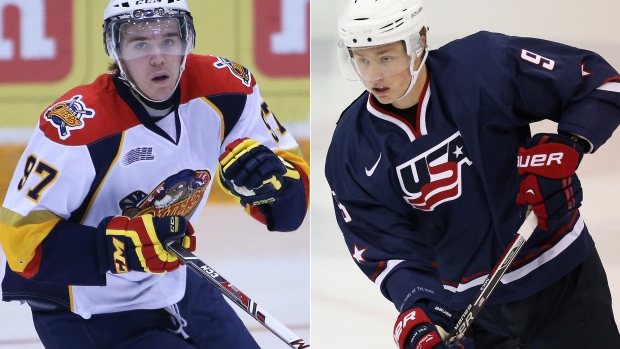 Host James Duthie is in the TSN studio with McKenzie as they count down the list of the Top 15 draft prospects.

McKenzie offers his first look at where the top prospects in hockey rank in the run-up to the 2015 NHL Draft. Joining McKenzie and Duthie will be TSN Director of Scouting Craig Button, who adds his in-depth analysis of the best undrafted young players in the game.

TSN's Digital Platforms – including TSN.ca - continue to deliver comprehensive coverage of prospects leading up to the NHL Draft, with exclusive features and interviews.

Additional highlights include McKenzie's Top 15 prospects list with additional insight and analysis, Craig Button's written analysis of each of the 15 prospects, complete player bios and stats and Craig's List - Button's ranking of prospects updated throughout the season.