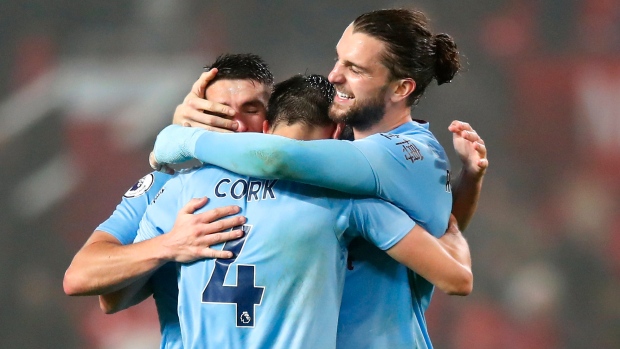 MANCHESTER, England — Manchester United lost to Burnley at Old Trafford for the first time since 1962 as fans expressed their anger at the state of the club under the owning Glazer family.

Chris Wood and Jay Rodriguez netted either side of halftime to give Burnley a 2-0 victory in the Premier League on Wednesday.

The performance spurred United fans to start singing “stand up if you hate Glazers."

The American owners and executive vice chairman Ed Woodward were subjected to many other chants on a miserable night for United, whose injury-hit side flailed after a promising start.

United, which lost at Liverpool on Sunday, is six points behind fourth-place Chelsea in the chase for Champions League qualification. Burnley moved to seven points clear of the relegation zone in 13th place.