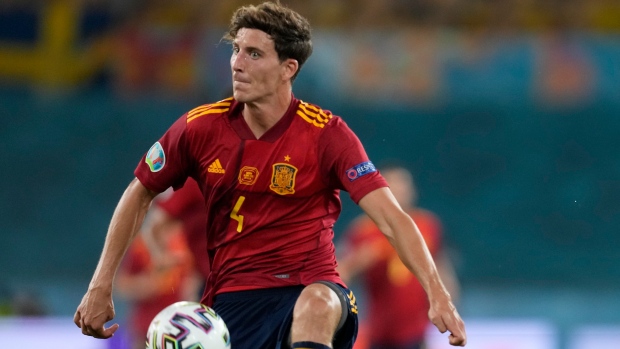 Manchester United appear to be readying an addition to the Red Devils' backline.

Manchester Evening News reports the team is making progress on landing Spain centre-back Pau Torres from the team that beat in the Europa League final, Villarreal.

The report notes that there is growing belief around Old Trafford that the team can bring the 24-year-old Torres aboard during the current transfer window.

Torres, whose Yellow Submarine deal runs through 2024, is believed to have a release clause in the neighbourhood of £51 million.

Villarreal is Torres's hometown club and he joined the academy at the age of five in 2002. He made his senior debut with Villarreal B in 2016 before becoming a regular in the senior side in 2019. He's made 68 league appearances for Villarreal over the past two seasons, scoring two goals in each year.

Any deal for Torres would have to wait until the conclusion of Euro 2020, where the player is currently on international duty for La Roja.