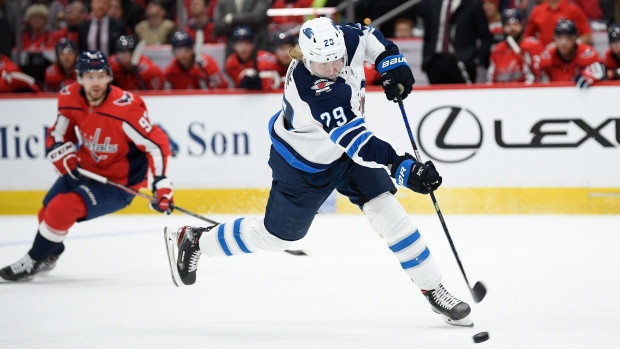 The National Hockey League is reportedly kicking around a number of playoff ideas as the fate of the 2019-20 season remains uncertain. One of those scenarios could be the expansion of this year’s postseason, should the opportunity present itself.

Sport-Express hockey writer Igor Eronko didn’t offer much beyond what’s paraphrased above, but he did note that a 24-team playoff might include a playout round. One would logically conclude that the point of a playout round is to create the desirable 16-team playoff while simultaneously offering up win-and-in slots to a number of teams that were hovering right around the playoff cutline when play stopped.

There are any number of ways to construct a 24-team playoff, but considering the NHL’s affinity for division- and conference-based playoff formats, it would seem that the following criteria would be in place:

From there, you could slice up the bracket a number of different ways. The most logical scenario would centre on expanding the pool of wild-card designated teams. In other words: if you are a top- three team in your respective division at the time play was halted, you are already in the postseason.

That leaves 12 teams to play into the final six slots. There are obviously a number of mathematical questions for the league to answer on this – as one example, consider the selection criteria for two teams in which (a) Team X has more points banked; but (b) Team Y has a higher points-per-game pace. It would seem logical that Team Y would be selected first, but that certainly isn’t guaranteed.

Divisional imbalance would present another challenge. I think the league would need to drop that concern or risk massive confusion with the rate of wild-card crossovers. (The seventh-place New York Rangers currently have more points accumulated than the fourth-place Panthers, as one example.) The easiest solution, if 24 teams is the intention, is to seed the next 10 best teams in order after allocating the divisional winners the top two seeds. It would look like this: 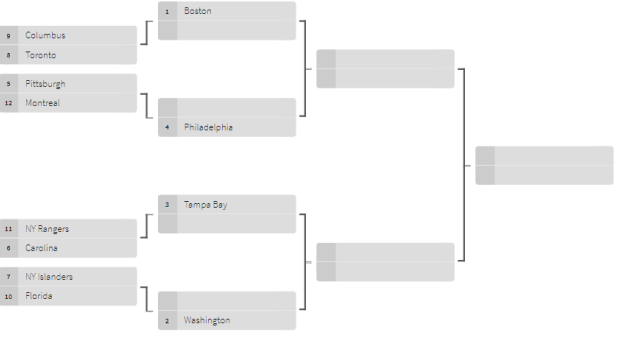 The good news is that this playoff format would never be ushered in permanently – from a fair play standpoint, I’m not sure how Pittsburgh’s reward for finishing 15 points (18 points pro-rated for 82 games) ahead of Montreal is one additional home game in a short play-in series. That said, we are talking the short term – and if there is any justifiable time for the league to get creative and possibly win back some of the lost revenue during the regular season, this is it.

You can see that a "divisional winners plus 10 teams" strategy does a lot better with seeding, though. The reason for this is in the event of divisional imbalance (like what we have in the Atlantic this season), teams aren’t forced into curiously strong two-versus-three matchups like they are today. This really opens up the door for mid-tier Atlantic teams drawing into friendlier cross-division opportunities, like the Islanders drawing the Panthers.

For comparison’s sake, here is the Western Conference: 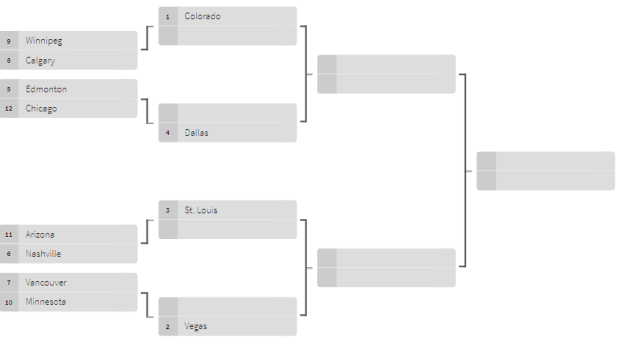 Vegas is seeded a bit kindly here – they were well-positioned to win the Pacific Division, but the St. Louis Blues – who lose the division today by virtue of the "ROW" tiebreaker – are eight points better in the standings.

But the Blues would avoid what was looking like a difficult first-round series against the Dallas Stars and get a first-round bye, awaiting the winner of two lesser teams in the Coyotes and Predators. We also get two compelling play-in matchups for three Canadian teams. The Jets and Flames open up in the eight-versus-nine round for an all-Canadian affair, and the Oilers and Blackhawks get to trade goals until the netminders eventually evaporate – winner take all.

I will say one thing: writing about this has me yearning for hockey again. And that’s true whether we see 16 or 24 teams come playoff time!