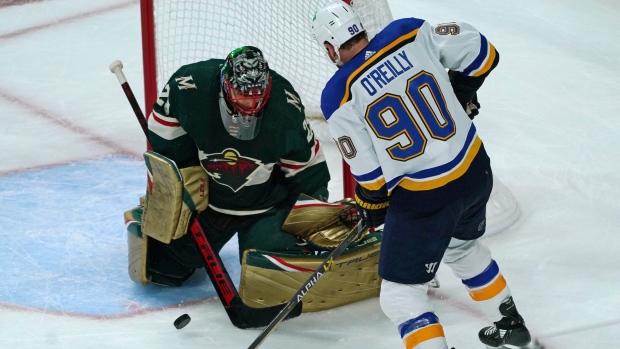 The Minnesota Wild will turn back to Marc-Andre Fleury as they look to even their series with the St. Louis Blues.

Wild head coach Dean Evason told KFAN 1003 in Minnesota on Wednesday that Fleury would get the start over the Cam Talbot once again.

"Easy decision, really," Evason said later, per Michael Russo of The Athletic. "We debated going with Cam for sure. But there were no goals that were a direct result of Marc-Andre Fleury, that’s for sure. He made first saves on all of them and had to make 2, 3 after that.

"It’s on us as a team to clear those rebounds, get pucks away from the net and get people away from the net. You look at the 5-on-5 goal there’s like 7 mistakes before it gets to him, so that’s on us.”

Fleury went 9-2 in the regular season after joining the Wild from the Vegas Golden Knights, posting a .910 save percentage and a 2.74 goals-against average.

Following Wednesday's Game 2, the Wild will hit the road for Games 3 and 4 in St. Louis.