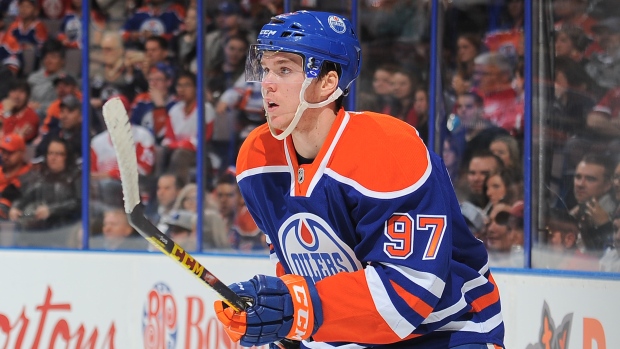 Connor McDavid's comeback trail will take him to the Bakersfield Condors of the American Hockey League this week.

McDavid will skate with the AHL affiliate of the Edmonton Oilers over this weekend's All-Star break.

McDavid has been out with a broken clavicle since undergoing surgery in early November.

The team announced that McDavid would not return before the All-Star break.

The Oilers host the Columbus Blue Jackets in their first game after the break on February 2.