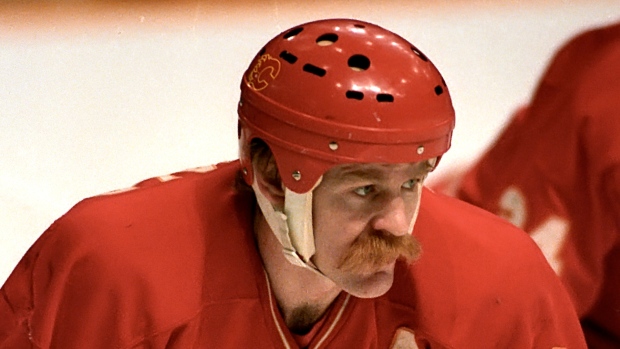 TORONTO - Lanny McDonald has been a member of the Hockey Hall of Fame since 1992. Now he's the man in charge.

McDonald was named chairman of the board of the Hockey Hall of Fame on Wednesday, succeeding the late Pat Quinn. Although he had a storied playing career, culminating in a Stanley Cup with the Calgary Flames in 1989, McDonald is still anxious about his new role.

"I'd be lying if I didn't say I was a little nervous," McDonald said Wednesday in the Hall of Fame's Great Hall, hours after the board of directors elected him to the position. "But when you have a love for the game and you have a passion for the game and the people in the game, it'll be pretty easy. I look forward to the challenge."

McDonald will take over as chairman on July 1 after fulfilling his duties on the selection committee. The post was vacant after Quinn died Nov. 23.

"He allowed the selection committee to be their own voice," said McDonald. "Then when he had to jump in and maybe tweak some things or throw out some suggestions, he did. That's what a good leader is all about. You look at his playing career, you look at his coaching career and then you look at what he represented as chairman of the Hall, I'm proud to follow him and pick up the work that he'd already started."

McDonald was already acting as an ambassador for the Hall of Fame on Wednesday, taking a moment to shake hands and take photos with fans who were admiring his plaque at the Great Hall before speaking with media about his appointment.

"It's a huge day, huge responsibility, but I'm just proud to be a part of the team," said McDonald. "I look around here, this is like home."

McDonald had 500 goals and 506 assists in 1,111 games with the Toronto Maple Leafs, Colorado Rockies and Calgary. He won the Bill Masterton Trophy for sportsmanship in 1982-83 and the King Clancy Memorial Trophy for leadership on and off the ice in 1987-88.

Scotty Bowman, David Branch, Brian Burke, Marc de Foy, Mike Gartner and Anders Hedberg were all re-appointed to another term on the selection committee, up to the 2017 selection process.