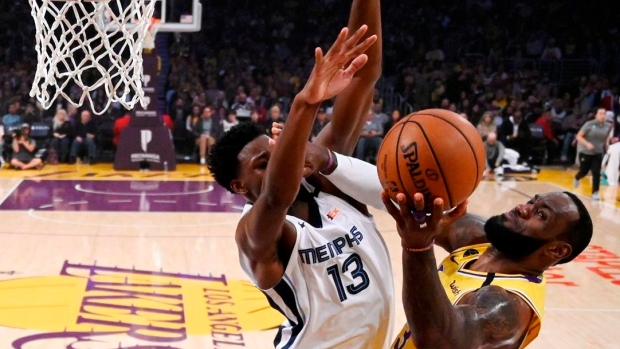 MEMPHIS, Tenn. — Memphis Grizzlies forward Jaren Jackson Jr. will miss at least two weeks with a sprained left knee after getting hurt in a game against the Los Angeles Lakers.

The Grizzlies announced Sunday that Jackson will be re-evaluated in two weeks.

An MRI exam showed Jackson sprained his knee Friday night contesting a shot late in the second quarter. He did not return for the second half of Memphis' 117-105 loss to the Lakers.

Jackson is the Grizzlies' second-leading scorer, averaging 16.9 points per game. The fourth overall pick in the 2018 draft is shooting nearly 40 per cent from 3-point range.

Memphis currently is in the midst of a four-game road swing, holding the eighth spot in the Western Conference at 28-28. They visit the Clippers on Monday night.