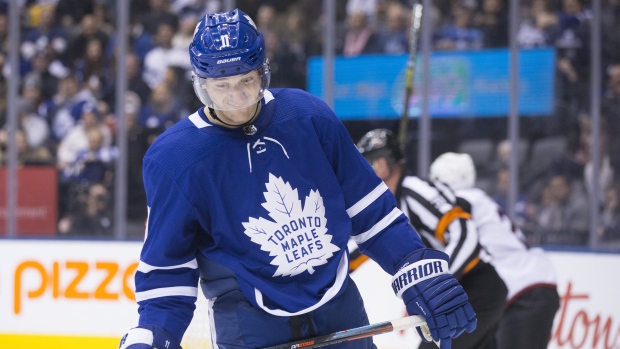 The Toronto Maple Leafs will be without forward Zach Hyman, and defenceman Travis Dermott for at least the opening 12 games of the season, head coach Mike Babcock said on Sunday.

Babcock expects Hyman to miss 14-15 games, with an projected return for the end of October / early November, and believes Dermott will miss 12-14 games.

Both players had major surgeries in the off-season, Hyman on his knee and Dermott for his shoulder and were given similar timelines for a return to the ice.

In his fourth NHL season Hyman suited up in 71 games, totaling 21 goals and 41 points. In Toronto's seven playoff games he had one point and was a -3.

Dermott had four goals and 13 assists in 64 games for the Maple Leafsin 2018. He added a goal and two assists in seven playoff games in Toronto's first-round defeat to Boston.

With the two regulars expected to miss the opening stretch of games, it will give and opportunity for players lower in the depth chart to make a name for themselves.