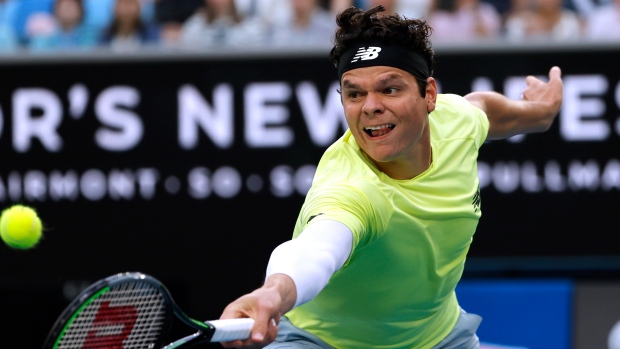 Raonic, ranked No. 37 and seeded second at the tournament, fired 11 aces to Stebe's five and won 78 per cent of his first-serve points.

The Thornhill, Ont., product saved all three break points he faced and converted on 2 of 4 to beat his 147th-ranked opponent.

The match took one hour 37 minutes.

Raonic will face Steve Johnson in the quarterfinals of the ATP 250 tournament Friday. Johnson beat wild card Jack Sock 6-4, 5-7, 6-1 earlier in the day.

Raonic made the final at Delray Beach against Sock in 2017, but the Canadian withdrew with a hamstring tear in his right leg before the match.