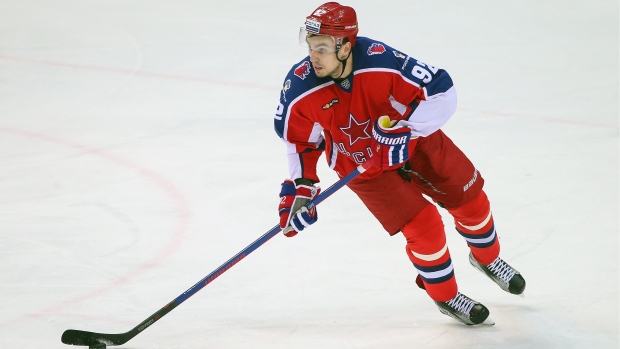 The Toronto Maple Leafs have been linked to KHL defenceman Igor Ozhiganov dating back to last summer, when head coach Mike Babcock and then-general manager Lou Lamoriello went to Russia to reportedly meet with the defenceman.

Ozhiganov's agent Dan Milstein was asked directly by Russia's Championat on Wednesday if the 25-year-old would be joining the Leafs. Milstein was noncommittal in his answer, saying only that Ozhiganov will make a decision in the coming days.

The Maple Leafs have made several international signings over the past three years, including signing former CSKA defenceman Nikita Zaitsev in 2016 and the team reportedly signed Swedish centre Par Lindholm last month.