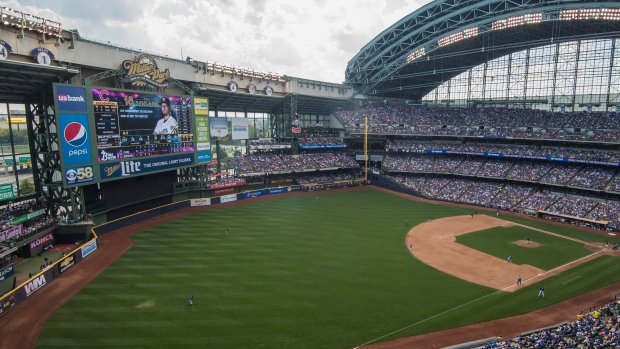 Friday’s game between the Milwaukee Brewers and St. Louis Cardinals has been postponed due to two positive COVID-19 tests in the Cardinals organization.  Saturday's game remains as scheduled and Friday's game will be made up on Sunday as part of a doubleheader.

Major League Baseball said in a statement that the postponement is to, "allow enough time for additional testing and contact tracing to be conducted."

The teams were set to open a three-game series at Miller Park in Milwaukee, with the first game being played on Friday at 2:10pm et.

The postponement joins a list of games that MLB has had to delay since the season began last week, including a weekend series between the Toronto Blue Jays and Philadelphia Phillies.

The Miami Marlins were the first team to suffer an outbreak among their team as there have been 19 positive tests among both their players and staff.