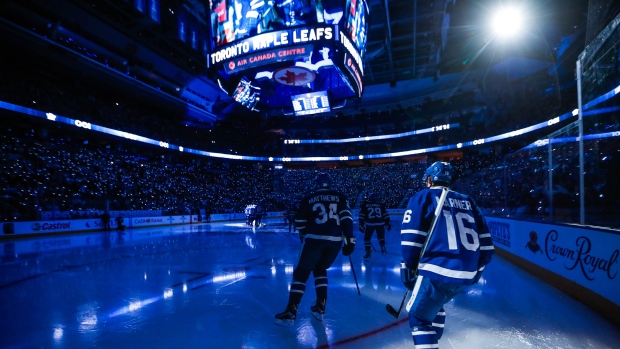 Maple Leaf Sports & Entertainment has agreed to a landmark 20-year sponsorship agreement with Scotiabank to rename the Air Canada Centre, TSN has learned.

The agreement is worth about $800 million (Canadian), according to three sources familiar with the matter. Under MLSE’s previous agreement with Air Canada, struck in 1999, the airline paid about $4 million per year.

The agreement with Scotiabank, which will see the downtown Toronto arena renamed the Scotiabank Arena next July 1, is believed to be the highest-priced annual building and team sponsorship in North American sports history.

David Hopkinson, MLSE’s chief commercial officer, said in an interview that he received serious offers for the arena naming rights from eight companies.

“To be honest, it wasn’t that difficult to find interested suitors,” Hopkinson said. “This is already firmly established as Canada’s premier entertainment venue… We felt we had a very good sense about what the market would bear and Scotia and ourselves have agreed on what that number should look like.” 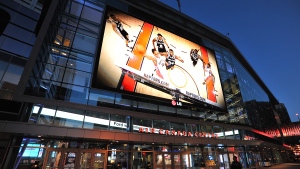 “There isn’t a busier sports and entertainment venue in Canada,” Doig said in an interview. “Frankly, it’s in the top echelon of venues around the world.”

Last year, JPMorgan agreed to pay the Golden State Warriors a reported $15 million to $20 million (U.S.) per year for naming rights at the team’s new arena, which will open in time for the 2019-20 season.

The MLSE deal is the third major arena naming rights pact for the Canadian bank, which also sponsors the Scotiabank Saddledome in Calgary and the Scotiabank Centre in Halifax.

Air Canada plans to keep its ties to MLSE. The carrier has agreed to become a major sponsor of both the Raptors and Maple Leafs for the next eight years, according to a source familiar with the matter.

It’s unclear what the agreement means for BMO’s future relationship with Canada’s largest sports holding company. BMO has been Toronto Raptors’ presenting sponsor since 2013 and has a year left on its deal.

As part of the deal, MLSE will partner with Scotiabank to develop a Centre for Excellence in downtown Toronto where both MLSE and Scotiabank employees will work together to address mutual customer concerns.

Earlier Tuesday, Scotiabank, Canada’s third largest lender by assets, raised its dividend by nearly 4 per cent as its third-quarter profit rose faster than expected, The Globe and Mail reported.

Major arenas and stadiums in Canada