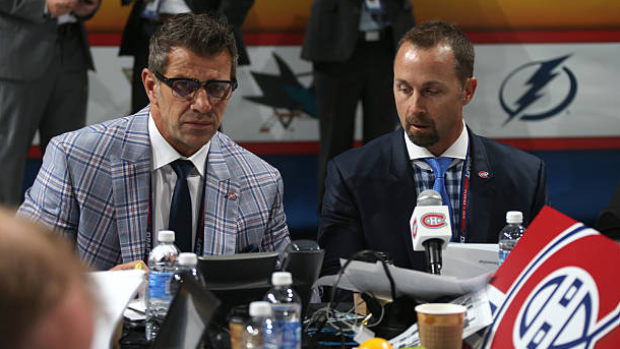 Montreal Canadiens assistant general manager Trevor Timmins said Thursday he believes the team does not have a defining need to address early in this year's draft.

#Habs Timmins says the team doesn’t have a defining need to address like it did in first rounds of 2018 (centre) and 2019 (scoring). TT is confident that picking in top 10 this year could net a top 6 F, top 4 D or starting goalie.

Timmins said on a conference call that he is confident the Canadiens will be able to select a top-six forward, top-four defenceman, or starting goaltender with their first-round selection, which would be no lower than 11th based on the current NHL standings with the season paused. If the draft lottery were held today, the Canadiens would have the eighth-best odds of selecting first overall.

The Canadiens addressed a need at centre with the No. 3 overall pick in 2018, selecting  Jesperi Kotkaniemi and selected Cole Caufield last year with the 15th pick as the franchise focused on adding scoring.

Timmins said Thursday that he believes the reason for 2018 second-round pick Alexander Romanov's reduced ice time with the KHL's CSKA Moscow this season was a result of his commitment to joining the NHL next season, and not performance based.

Romanov had seven assists in 43 games with CSKA this season and was without a point in four playoff games. The 20-year-old defenceman added one goal and six points in seven games at the 2020 world juniors with Russia.

#Habs Timmins’ personal opinion on Romanov’s reduced minutes with Moscow this season was that because his commitment to Mtl next season was well-known, there wasn’t as much impetus for his KHL team to give Romanov heavy minutes.