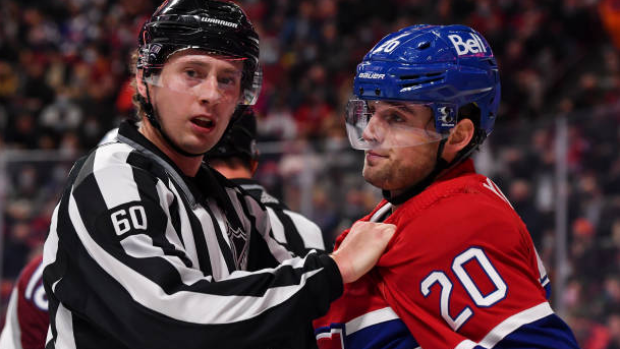 Montreal Canadiens defenceman Chris Wideman has been suspended one game by the NHL's Department of Player Safety for head-butting Boston's Erik Haula.

Montreal’s Chris Wideman has been suspended for one game for Head-butting Boston’s Erik Haula. https://t.co/1YdiBtwGAy

At 6:57 of the third period in Wednesday's contest against the Bruins, Wideman head-butted Haula during a scrum between the two teams. He was penalized two minutes for roughing and two minutes for unsportsmanlike conduct.

The Habs lost 5-1 to the Bruins with Brad Marchand netting a hat trick for Boston while Michael Pezzetta had the lone goal for Montreal.

Wideman, 32, has two goals and nine points in 23 games this season.