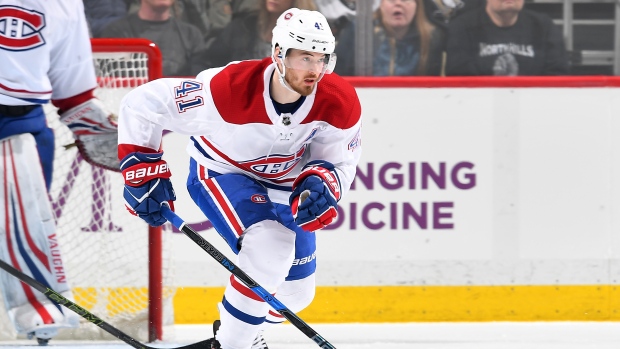 The Montreal Canadiens announced Friday that the team has recalled defenceman Gustav Olofsson from the AHL's Laval Rocket.

The Canadiens have recalled defenseman Gustav Olofsson from the Laval Rocket, and placed forward Paul Byron on injured reserve.#GoHabsGo https://t.co/uFzCWMOLXB

In 20 games with the Rocket this season, Olofsson has seven assists. He was acquired by the Habs in October 2018 from the Minnesota Wild in exchange for forward Will Bitten. He played just two games for Laval last season before undergoing shoulder surgery.

The Habs also announced that forward Paul Byron was placed on injured reserve. Byron underwent knee surgery on Nov. 19, and his recovery period is expected to be four weeks.

In 19 games this season, Byron has one goal and four points.