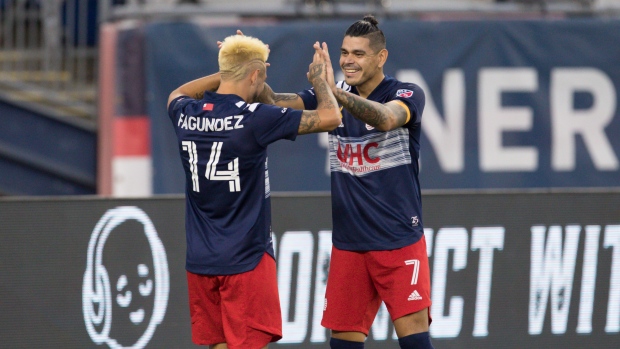 "The situation is very bad," Urruti said following a 4-1 defeat to the New York Red Bulls on Sunday night — the club's fourth loss in a row.

New York's Tom Barlow scored twice in the Red Bulls' (7-6-2) victory over Montreal (5-9-1). Daniel Royer and Kaku scored in the second half to put the game out of reach. The Red Bulls won 4-1 over Inter Miami Wednesday, winning back-to-back games for the first time this season.

Bojan scored a highlight-reel goal for the Impact. The Impact are temporarily using the Red Bull Arena as their home stadium, but New York served as the home team Sunday.

It's the fourth straight game where Montreal has allowed three or more goals. Montreal last won Sept. 13 against the Vancouver Whitecaps, 4-2. Montreal was playing its sixth game in 18 days.

Montreal was without striker Romell Quioto, who was suspended for an additional game for a red card he picked up against the Philadelphia Union last Sunday. Midfielder Saphir Taider was also out of the lineup due to injury.

"Like we say in English. When it rains, it pours," Impact manager Thierry Henry said.

Henry said post-game that the team would be trading goalkeeper Evan Bush, but declined to expand on the details of the trade. The Montreal Impact also confirmed that the trade would not be announced Sunday night. The Ohio native was not included in the team's game day roster Sunday.

Bojan scored his wonder-goal, a shot from distance tucked under the crossbar past 'keeper David Jensen, in the fourth minute of play. It was his first league goal of the season.

Barlow equalized 10 minutes later with his first goal of the year. He would then score the eventual game-winning goal in the 34th minute by tapping the ball past Impact 'keeper Clement Diop after receiving a backheel pass from Royer.

Henry likened the team's defending on the Impact's second allowed goal as a "schoolboy error".

"You cannot let someone go in front of you like that in the box when we have three to four men on line," Henry said. "And Barlow just went in front of Luis Binks. That cannot happen at this level."

Royer would then score a goal of his own in the 56th minute, his fourth of the season. Kaku would follow with a goal of his own to make it 4-1. Cristian Casseres Jr., nearly added a fifth goal for New York, but it was overturned by the video assistant referee for offside.

In the 87th minute, Binks picked up a red card. It's the fourth time in five games the Impact went down to 10 men in a match.

Montreal's players will return home tonight before returning to New Jersey mid-week in advance of their upcoming game against the Chicago Fire. Midfielder Samuel Piette is welcoming the opportunity to be home with family, even if it's for a few days.

"Now it's just to take some time off, reflect and think about what we've done wrong," Piette said. "Look at ourselves in the mirror, each individual. And eventually when we'll all be back together, (we'll) look at things we'll need to correct individually."