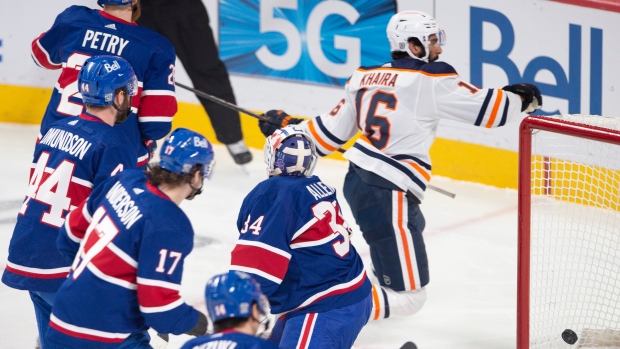 Just over one week ago, Montreal Canadiens fans were talking about their team as a legitimate threat to win the North Division after a 7-1-2 start.

Coming off a 3-0 loss to the Edmonton Oilers on Thursday night, Montreal has now dropped three of its past four, including losses to the Ottawa Senators and Toronto Maple Leafs.

As expected, some Habs fans have taken the opportunity to hit the panic button.

How concerned should the Canadiens and their fans really be?

At this moment, the correct answer is that Habs fans shouldn’t be concerned at all about their team’s recent play.

For as awful as Montreal has looked at times over the past week, it’s important to keep their struggles in perspective.

The Canadiens were one of the most profitable teams for bettors to back throughout their red-hot 7-1-2 start.

The majority of playoff contenders should be expected to hit a wall at one point or another throughout the season.

The Habs are dealing with that right now.

Even with a hot start to 2020-21, the #Canadiens woes of scoring at home have shown up during a mediocre homestand. With a 3-0 loss to EDM at the Bell Centre on Thursday night, the Habs moved into a tie for 2nd on this list of unproductive home efforts over the last 5 NHL seasons pic.twitter.com/0cpXjj26Pf

Certainly, the timing of last week’s upset loss to the Senators looms large when it comes to the level of concern amongst Canadiens’ fans.

While Montreal responded with a win over Ottawa in the rematch, the schedule was about to get tougher for them with games against the Maple Leafs and Oilers on back-to-back nights.

Still, even after Thursday night’s loss to Edmonton, the Canadiens are still 8-3-1 against the rest of their division.

Do they need to fix a power play that has been inconsistent at best dating back to last season? Yes.

Do they need to push the tempo and figure out how to generate more scoring chances at five-on-five? Yes.

Still, Habs fans should feel pretty good about their team’s start at the quarter mark of the season.

Can the Canadiens respond with back-to-back games against the best team in their division?

The Habs will visit the Maple Leafs on Saturday night and then have a full week off before they host Toronto the following Saturday night.

At the very least, it will be important for them to earn a split.

If the Canadiens win the next one against the Maple Leafs, Habs fans will feel pretty good about their team heading into a week off.

If Montreal loses to Toronto on Saturday night, I’m positive that Habs fans will hit the panic button, regardless of whether or not it’s warranted.

While the Habs have struggled of late, the Oilers are trending in the opposite direction with wins in six of their past seven games to improve to 9-7-0.

Rock solid in helping his @EdmontonOilers earn a 3-0 win over the Canadiens tonight, Mike Smith's save total in the blanking has given him the 5th highest total on this list of goalies in EDM franchise history (including both regular season and playoff contests) pic.twitter.com/j3mfYmnfyc

Edmonton was the second choice to win the North Division at +450 odds at the start of the season. That number fell all the way to +1200 following a rough start.

With a quarter of the season in the books already, I’m betting on Toronto to win the division while the Oilers, Habs, Jets and Calgary Flames compete for the remaining playoff spots in the division.

UFC 258 is Saturday night and that means we finally get to see Gilbert Burns get his shot at the welterweight gold against champion Kamaru Usman.

While Usman is the deserved favourite, the fact that he’s listed at such long odds probably has more to do with the heavy backing he continues to get from fans than an actual reflection of what the matchup dictates the odds should be.

Our MMA reporter Aaron Bronsteter tackled that number in his Reading Between The Lines edition for the UFC 258 main event.

UFC welterweight champion Kamaru Usman is a heavy favourite for his #UFC258 main event title fight with Gilbert Burns. @aaronbronsteter explains why he thinks Burns is being somewhat underestimated at such long odds to pull off the upset. @TSNUFC https://t.co/pWuN9dfyIt pic.twitter.com/cxIW0bDz7Q

Aaron also gave us some great insight into several fights for UFC 258, including the women’s flyweight co-main event fight between Maycee Barber and Alexa Grasso.

Make sure you check them out before Saturday night’s card at TSN.CA/EDGE.