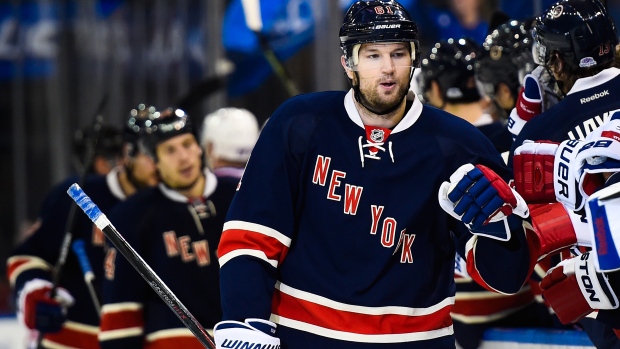 Nash, a pending unrestricted free agent, has 15 goals and tallied 25 points in 52 games this season with the Rangers.

I would imagine the 12 teams Nash is willing to go to are teams he believes would give him the best shot to compete for the Cup and would either have the need for a scoring (rental) winger and/or be willing to pay the price.

Of course, the alternate strategy for turning a modified NTC into a virtual full NTC is to allow trades only to teams you know wouldn’t want you — non playoff teams, those not needing scoring help — or teams NYR not likely to deal with etc. That gives player more control.

The 33-year-old forward scored 23 goals and tallied 38 points in 67 games with the Rangers last season.

Nash, the first overall pick of the Blue Jackets in the 2002 entry draft, is listed at No. 13 on the TSN Hockey Trade Bait board.