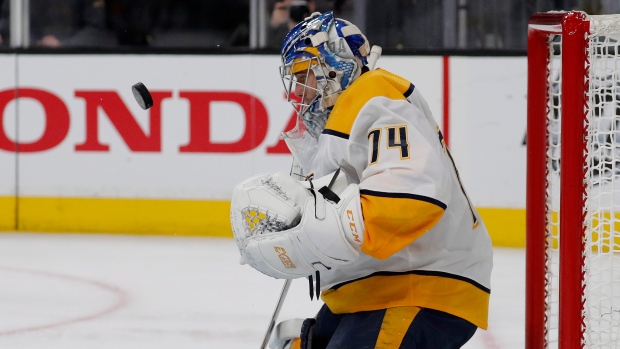 The two sides were previously scheduled for an arbitration hearing on Wednesday. Saros is expected to share the net this season with David Rittich, who the Predators signed in free agency after Pekka Rinne retired earlier in the off-season.

Saros was selected by Nashville in the fourth round of the 2013 NHL Draft.