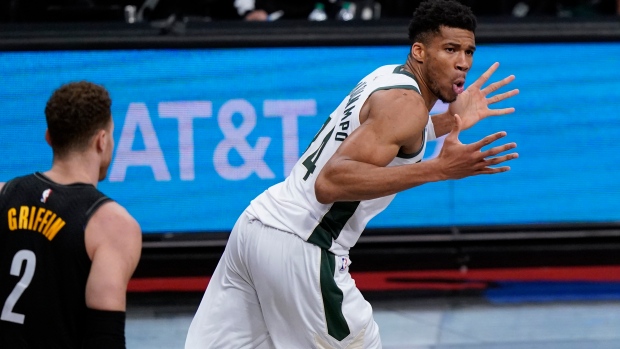 The 2021 NBA playoffs have devolved into a battle of attrition with injuries popping up everywhere and teams imploding before our eyes.

At the beginning of the second round, Brooklyn had all three of their superstars healthy coming off a 50-43-91 shooting performance versus Boston.

Last week, oddsmakers had the James Harden-less Nets at +120 to win the NBA championship, making them essentially a coin flip versus the field. One injury to Kyrie Irving later, the Nets and Bucks face off in a potential classic Game 7 as a near pick ‘em.

In my previous article, I suggested Milwaukee could catch a banged-up Nets squad as one of two plausible scenarios for the field. If it wasn’t for a legendary 48-minute performance by Kevin Durant, Milwaukee would already be looking ahead.

No tears will be had if the Bucks win. Raptors fans don’t go around apologizing for winning a championship with Klay Thompson and Durant injured. Golden State fans don’t talk about Kevin Love missing the entire finals during their first of three dynastic championships in 2015.

Even if the majority of NBA fans want to see them crash and burn, the Nets have an out. But Milwaukee has no excuses; it’s their game to lose.

Jrue Holiday, P.J. Tucker, Bryn Forbes and Bobby Portis have all been positive additions to their team but the core is ultimately the same. This squad lives and dies by the same three people: Giannis Antetokounmpo, Khris Middleton and the highly scrutinized Mike Budenholzer.

The stars shine brightest when the stakes are this high, here are three numbers worth exploring for Game 7:

Over the last three seasons, there have been seven series that have gone the distance and the data paints a very clear picture.

In those seven series, the average points scored in Games 1 through 6 was 216.6 (42 games). The average Game 7 point total? 185.7. Not a single Game 7 over the past three seasons yielded a higher points total than their series averages.

Even though Milwaukee and Brooklyn ranked as the top two teams in points scored over the regular season, they’ve both dropped to dead last among the eight remaining teams. They currently average 203.3 total points through the first six games.

Digging deeper, there are underlying signs this game will have a slower pace. Brooklyn has averaged just 6.3 fast-break points (lowest of all eight teams) and no play exemplified that better than Harden’s steal on Giannis in the first-half last game. He swiped the ball at the top of the key and nearly had a clear path to the rim. Instead of running that down, Harden turned back towards his team to setup a half-court possession.

If Durant and Harden are going to play 40+ minutes again, they’ll do it at a snail’s pace to preserve their health.

KD is undeniably the purest shot-maker in the NBA. The combination of his length, IQ and skill makes him the most dangerous 1-on-1 player in these playoffs.

Everyone in the world already sees it coming, Brooklyn will live or die by Durant’s brilliance. The biggest question mark falls on Coach Bud. Are they willing to double-team him the entire game? Will they give Giannis a try on defence or do they stick it out with Tucker?

Regardless of Milwaukee’s defensive plans, Durant has a proven Game 7 track record. He’s been involved in four over the course of his career:

With the game line a consensus pick ’em, oddsmakers are projecting this game to go down to the wire. Through the first six games, they’ve played 10 minutes under clutch time circumstances (last five minutes with the point difference less than five). Of 21 offensive possessions for Brooklyn, Durant ended up shooting it 10 times for a 47.6 usage rate.

Don’t expect Bruce Brown to close out games like Game 3. Bet on another iconic KD moment for the record books.

While Forbes had his moments during the first round against Miami, he’s been a liability against Brooklyn.

In the 96 minutes he’s been on the court, he’s accumulated a -49 net rating. His play time has continuously been trimmed from Game 1 to Game 6 bottoming out at 11 minutes Thursday.

Similar to Joe Harris, Forbes finished the regular season as a top-5 three-point shooter but has been a dud this series. He’s averaged 3.7 three-point attempts per game on 27.3 per cent efficiency. The most concerning stat? Eighty-two per cent of his three-pointers have been uncontested with no defender within four feet. He’s not taking bad shots, he’s simply choking.

Game 7s are all about leaning on your superstars but from a betting standpoint, don’t neglect opportunities for unders. They aren’t sexy but they’re the sharp play.