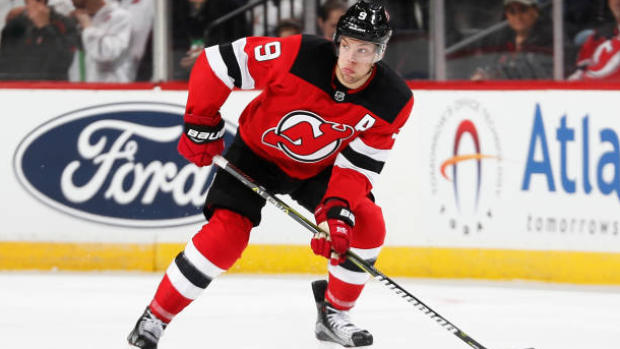 New Jersey Devils general manager Ray Shero would not confirm this weekend that the team has started to listen to trade offers for winger Taylor Hall, but he did do his best to squash two rumours regarding the 2018 Hart Trophy winner.

“He has never asked for a trade,” Shero told TSN Hockey Insider Pierre LeBrun in The Athletic.

The general manager then shut down the idea that Hall is no longer focused on the Devils with free agency looming in July.

“He hasn’t checked out. He cares. He really does,” Shero added.

Hall, 28, has four goals and 21 points in 25 games with the Devils this season. He is currently playing out the final season of a seven-year deal signed with the Edmonton Oilers in 2012 and carries a $6 million cap hit.

LeBrun reported last week that he was hearing the Devils had started to listen to teams on the possibility of acquiring Hall. He noted there was no guarantee the winger would be moved, but given the team sits last in the Metropolitan Division and the magnitude of a potential deal, Shero had entered listening mode.

Hall was originally acquired by the Devils on June 29, 2016, in exchange for defenceman Adam Larsson. LeBrun wrote last week that he expected any potential deal involving Hall to have a conditional nature to it so that if he were to re-sign with his new club, there would additional assets included.