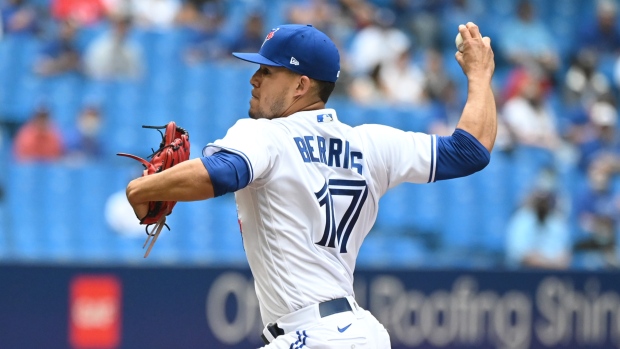 TORONTO — Even though it’s taken almost two calendar years to put it together, the transformation of the Toronto Blue Jays rotation from a weakness to a strength has felt quick.

It started with the winter 2019 investment in Hyun Jin Ryu, continued with the magic pitching coach Pete Walker has worked with Robbie Ray over the past year, and has been topped off with the emergence of Alek Manoah and the recent statement trade for the electric José Berríos.

Suddenly, it’s a group not only overflowing with talent, but confidence, too.

It’s all brought a smile to Walker’s face as the Blue Jays are suddenly boasting a postseason-calibre group of starters for the first time in at least five years.

“I do compare it to that group in 2015 if you think about some of the arms that were here,” Walker said of a second-half rotation made up of a dominant David Price, innings-eaters Mark Buehrle and R.A. Dickey, as well as Marco Estrada’s changeup-driven breakout season and eventually Marcus Stroman. “This group’s different in its own way. It’s a mature group, obviously, with Berríos and Ryu and Ray, with his turnaround, and you’ve got a mix of young talent in Manoah, as well. But they’re all so competitive and they all believe they’re capable of being No. 1 starters, which is awesome. I think when you roll them out every five days, the team feels they have a really good opportunity to win that day. I think that’s so important.”

The trade for Berríos has without a doubt injected life into the clubhouse.

Everyone knows the importance of starting pitching, especially when you get to October.

“Berríos is obviously one of the best in the game, so to have him coming was a huge boost, but just to know the front office was on the same page as us was big,” Bo Bichette said as he leaned on the dugout and took in his somewhat-new Rogers Centre surroundings this week.

On Thursday, Berríos threw his first true bullpen in a Blue Jays uniform as he prepares to start the second game of Saturday’s important double-header against the Boston Red Sox, and the entire rotation watched.

They simply wanted to see how the 27-year-old went about his work.

“The good thing about a strong rotation when you have five, six guys, they feed off each other and they want to one-up each other and don’t want to be the guy that lets everybody down,” Walker said. “It’s contagious and I think that’s where we’re at right now.

“From my perspective, it’s a group that’s getting closer. They’re starting to learn a lot more about each other over the course of the season. I do like the chemistry and I think Berríos is a great fit for this group and brings a lot of the intangibles that they have, as well.”

One of the more interesting friendships that has developed is the one between the 34-year-old Ryu and the 23-year-old Manoah.

The dugout shoulder rubs caught on camera have extended to Manoah hanging out in his spare time at Ryu’s place.

“I’m just trying to take in as much as possible and he’s been a great role model,” Manoah grinned. “We kind of have a similar personality.

“We just hang out and watch some Korean shows, eat some good food and just basically talk some crap, that’s about it. Put it this way: I understand what he’s saying and he understands what I’m saying.”

The odd couple will have the pleasure of bookending the biggest series of the season thus far with the BoSox coming to town Friday.

Manoah’s 10th start of his career — and one that will see him lose his prospect status as he passes the 50-inning threshold — is the biggest of his young career.

“That’s exactly how I’m taking it,” Manoah said. “It’s going to be really exciting. I’m looking forward to getting at those guys and we’re playing really good baseball right now and that’s the first game of the series, so you’ve got to set the tone, throw a lot of strikes, compete and do everything I can so when we flip the ball to Robbie and Berríos and Ryu, we’re in a good position.”

Walker has his rotation set up in an ideal way.

Following the big right-hander will be Ray’s power stuff from the left side in the first game of Saturday’s double-header, then the righty Berríos, with Ryu, who asked to pitch Tuesday against Cleveland so he could be lined up to face the Red Sox, getting the ball in Sunday’s finale.

“We’ve made some adjustments along the way to kind of benefit them when it comes to matchups, who we’re playing, right-handed, left-handed lineups and so forth,” Walker said. “You look at Boston and you look at Seattle coming up and you look at the differences in their makeup, you want to make sure you line up the right guys for those matchups.”

After the big four, Steven Matz and Ross Stripling will start the double-header games next Tuesday in Los Angeles against the Angels, at which point the Jays are expected to ditch their temporary six-man rotation.

It’s likely Stripling ends up in a swingman-type role out of the bullpen, but a final decision will come next week.

“We know Strip has done it before and there’s a comfort level there, but he has certainly pitched well enough to stay in the rotation,” Walker said. “He’s done a fantastic job for the last eight, nine, 10 starts, whatever it is. He’s been a real big shot in the arm to us and it’s one of the reasons we’re still where we are right now. We’ll decide when that comes.”

Combining a dangerous lineup — one that sits third in baseball in runs per game, behind only a pair of World Series favourites in the Astros and the Dodgers — with a confident rotation group that’s getting better as the season goes along has Bichette eyeing a run.

“Every single day we go out there, we know the other team’s going to have to grind to get runs,” Bichette said. “That’s a good feeling to have.”​