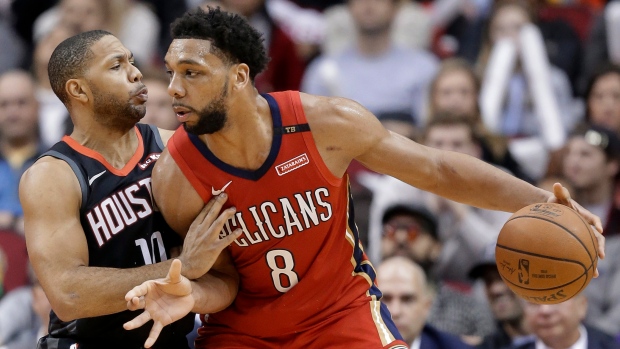 The New Orleans Pelicans have picked up centre Jahlil Okafor's team option worth $1.7 million for the 2019-20 NBA season, according to ESPN's Malika Andrews.

Pelicans are picking up Jahlil Okafor’s team option for the 2019-2020 season, league sources tell ESPN. The New Orleans staff is impressed by the way Okafor has reworked his body and the improvements he’s made on the defensive end of the floor.

Okafor averaged 8.2 points and 4.7 rebounds in 59 games with the Pelicans this past season. The 23-year-old was originally drafted third overall in the 2015 NBA Draft by the Philadelphia 76ers. Okafor played three seasons with the 76ers, before being traded to the Brooklyn Nets in December 2017.

Over the course of his career, Okafor has averaged 11.5 points and 5.1 rebounds in 190 NBA games.