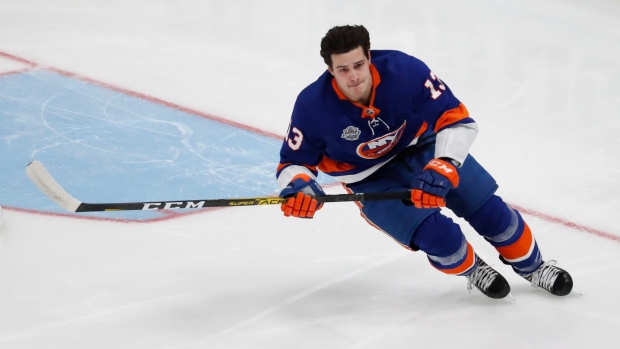 There is a new fastest skater in the NHL, at least according to the All-Star skills competition.

New York Islanders centre Mathew Barzal dethroned three-time defending champion Connor McDavid with a time of 13.175 seconds. McDavid, who suffered a serious knee injury at the end of last season, actually posted a faster time (13.215 seconds) than his three previous victories. Barzal's mark was just 0.003 seconds off of the record set by Detroit's Dylan Larkin in 2016.

"He flies," McDavid, the captain of the Edmonton Oilers, said of Barzal on Friday afternoon. "He skates like the wind and he's got real good hands and he's definitely a player that's fun to watch."

A new addition to this year's skill competition was the so-called "Shooting Stars" event that saw players positioned on a raised platform behind one of the goals at Enterprise Center fire pucks at a variety of targets.

Patrick Kane of the Chicago Blackhawks won the event, while Hilary Knight and Marie-Philip Poulin also took part in the 10-competitor field.

St. Louis Blues goalie Jordan Binnington thrilled the hometown fans by winning the save streak/shootout challenge with 10 straight stops — including one on San Jose's Thomas Hertl as he sported a Justin Bieber mask.