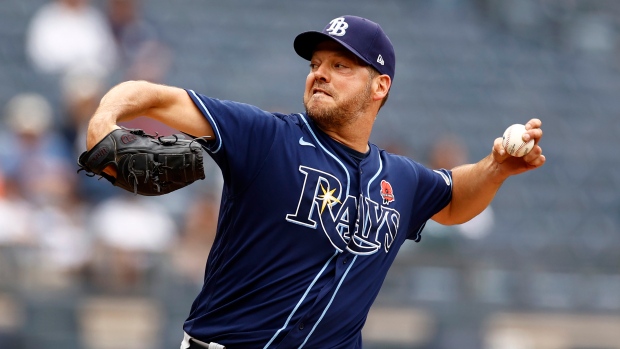 The New York Mets are acquiring starting pitcher Rich Hill from the Tampa Bay Rays according to multiple reports.

Joel Sherman of the New York Post reports reliever Tommy Hunter and a double-A player to be named later will head back to Tampa Bay in the deal.

The Rays made a deal with the Minnesota Twins to acquire designated hitter Nelson Cruz on Thursday.