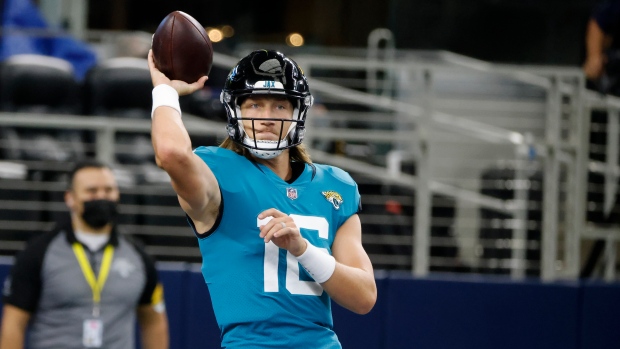 The 2020 National Football League Draft class was historically loaded with wide receiver talent, as a record 13 receivers were selected in the first two rounds of the draft.

The 2021 NFL Draft class also made history, as a record eight quarterbacks were taken in the first three rounds, including five in the first round.

With Week 1 of the NFL season quickly approaching, all eyes will be on the new class of rookies for their first pro season.

Let’s look at five of the rookies from this year’s loaded class and how their first season could shape up.

The No. 1 pick in the 2021 NFL Draft will begin his career with the Jacksonville Jaguars, as he looks to turn around a franchise that has had just one winning season since 2008.

Expectations are sky high for Lawrence, who was touted as the best quarterback prospect to enter the draft since Andrew Luck in 2012. ESPN Draft Analyst Mel Kiper rated the 21-year-old as the fourth-best QB he had ever graded.

The Jaguars’ front office has done everything in their power to make the transition to the NFL easy on Lawrence. The team hired three-time NCAA National Championship winner Urban Meyer to be the new coach and drafted Lawrence’s former Clemson teammate, running back Travis Etienne, with the 25th overall pick. Unfortunately, the young tailback will miss the season after undergoing foot surgery.

Turning around a 1-15 team might be tough, even for a quarterback as talented as Lawrence. Since 2000, the 14 quarterbacks taken first overall have averaged just 3.8 wins and 13 touchdown passes in their first season, according to ESPN Stats and Information.

After a tough start to training camp, Lawrence has shown marked improvement over the past week as he focuses on improving day-by-day.

"I do feel comfortable but you've always got to get better,” said Lawrence after Day 10 of Jaguars’ camp. "Every day you're evaluating, and you've got to constantly reevaluate what you need to get better at, what you consistently need to fix.”

Lawrence might not be able to completely turn around the Jaguars franchise in his first season, but his progression from five-star recruit, to collegiate superstar, to NFL starter is a must-watch storyline for the 2021 season. 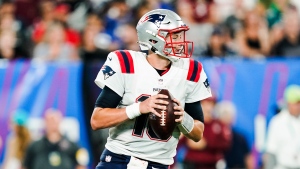 Jones was the final quarterback taken in the first round of the 2021 NFL Draft, “falling” to the New England Patriots at No. 15. Right away, Jones was seen as someone who could be an ideal fit in head coach Bill Belichick’s offence, thanks to his high passing IQ and accuracy.

In his final year at Alabama, Jones led the NCAA in completions, completion percentage, and yards, en route to winning a National Championship.

Following the shocking release of presumed starter Cam Newton, Jones has been named the Patriots’ starting QB for the 2021 season.

Belichick and Jones’ Patriot teammates have praised the rookie signal-caller throughout camp, citing his willingness to learn and improve.

"I feel like he's been able to show an ability to do things the way we want them done, at a productive level," Belichick said. "He's young, and I'm sure he'll continue to learn and grow, and we'll see where that goes. But that's why we drafted him, and he's come in and performed at a level that supports that."

"He's a terrific kid. Real smart dude. He's going to go over the edge," said New England linebacker Dont'a Hightower. "Actually found out he's been looking at some of the defensive plays so he can kind of conceptually see how we kind of work. I give him credit for that, because not a lot of young guys would see that as an opportunity, and he did that on his own."

The Patriots made it clear they are looking to be competitive this year after going 7-9 last year in the aftermath of Tom Brady's departure, giving out an NFL record $159.6 million in guaranteed money on free agent signings this past off-season, according to ESPN. The offence will enter the 2021 season having undergone a complete overhaul, adding tight ends Jonnu Smith and Hunter Henry, and wide receivers Nelson Agholor and Kendrick Bourne.

Jones enters his first NFL campaign as the unquestioned starter on a more well-rounded team than most of the other quarterbacks in his draft class. If he is able to showcase the accuracy and decision-making that earned him the starting position, he could be in the running to win Offensive Rookie of the Year. 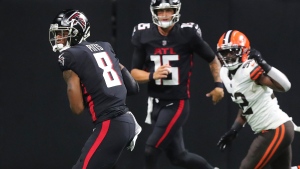 Rookie tight ends, historically, have not performed well in the NFL. Even Tony Gonzalez, who many consider the greatest and most talented tight end of all time, had a disappointing rookie season with Kansas City, catching only 33 passes for 368 yards.

Selected with the No. 4 overall pick in the 2021 NFL Draft, the Atlanta Falcons made Pitts the highest-drafted tight end in league history, and expect him to produce right away.

By selecting Pitts, the Falcons made it clear that their goal was to remain competitive and surround quarterback Matt Ryan with as much talent as possible. With receiver Julio Jones traded to the Tennessee Titans, Pitts will be forced to step into the spotlight as Ryan’s No.2 target.

In his final year at Florida, Pitts caught 43 passes for 770 yards and 12 touchdowns in just eight games. Prior to the draft, some scouts said that Pitts could become one of the greatest tight ends ever and the 20-year-old has the measurables and skill to immediately step in and be productive in a receiving role.

Calvin Ridley averaged eight targets and 76 yards per game in eight games last season playing second-fiddle alongside Jones. If Pitts is as good as advertised, and can pick up the slack left from Jones, he has the opportunity to become the first rookie TE to reach 1,000 receiving yards since Mike Ditka in 1961.

Chase was the first wide receiver selected in the 2021 NFL Draft, as he was taken off the board by the Cincinnati Bengals fifth overall. Despite opting out of his final year at LSU, Chase was the consensus No.1 receiver, catching a then SEC record 1,780 yards and 20 touchdowns in his final collegiate season.

For the Bengals, the appeal of adding Chase was simple, reunite the class’s top receiver with his college quarterback, and 2020 No.1 overall pick, Joe Burrow.

The 21-year-old could step right into the ‘X’ receiver role vacated by A.J. Green and see plenty of targets from his college teammate.

However, early reports out of Bengals’ camp are mixed. While Chase has shown flashes of the player that won the Fred Biletnikoff Award as the best college receiver in 2019, The Athletic’s Paul Dehner Jr. reports that he has struggled to adjust to the speed of the NFL.

“You see somebody tentatively getting used to a new offense, new league, and not playing football since January 2020,” said Dehner Jr. “He has not shown as much separation as you’d hope, and the contested balls haven’t gone his way much, either.”

If Chase can find his footing against NFL competition, adding him to a Bengals offence that already boasts receivers Tyler Boyd and Tee Higgins, as well as two-time 1,000-yard rusher Joe Mixon, could finally give the franchise the perennial contender it has been searching for. 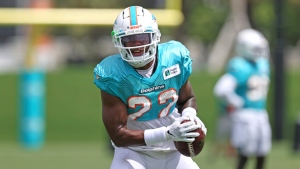 Jevon Holland was the first Canadian taken in the 2021 NFL Draft, selected No. 36 overall by the Miami Dolphins. Holland opted out of the 2020 season but finished his career at Oregon with 71 tackles and nine interceptions in 27 games, tied for third most in the country over that span.

The Coquitlam, B.C., native is a second-generation football player, as his father, John Holland, played six seasons of professional football between the NFL and Canadian Football League.

Early reports on Holland’s camp performance have been glowing and he looks to be fitting in with an already formidable Dolphins’ secondary. The 21-year old already has three interceptions in training camp, including a pick-six of Chicago Bears QB Andy Dalton during a joint practice.

“He’s doing a lot of good things from a communication standpoint, from a fundamentals and technique standpoint,” coach Brian Flores said of Holland following practice. “He’s a hard-working kid. It’s showing up a little bit on the practice field.”

At the moment, Holland is behind veteran safety Jason McCourty on the depth chart. However, he could force his way into the starting-11 in short order, if his play during training camp is a sign of things to come.​