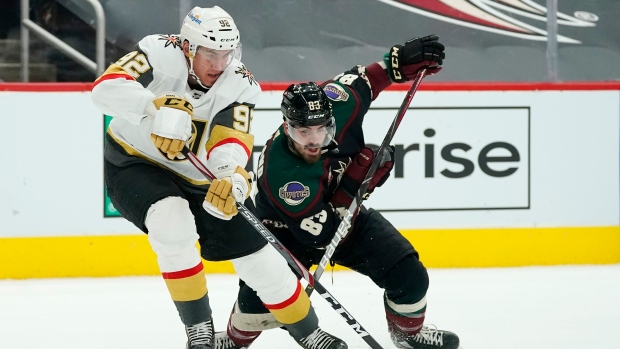 The National Hockey League announced on Wednesday Vegas Golden Knights forward Tomas Nosek was removed from Tuesday's game against the Anaheim Ducks after returning a positive test for COVID-19. In accordance with the league's COVID Protocol, Nosek immediately isolated from his teammates and close contact tracing began.

Nosek was the first player to be pulled from a game because of a positive COVID-19 test.

Thursday's game between the Golden Knights and Ducks remains on schedule, with the NHL announcing players and staff will be administered rapid tests ahead of the game, in addition to regular daily testing.

The Golden Knights have followed all recommended guidelines aimed at protecting players and staff.