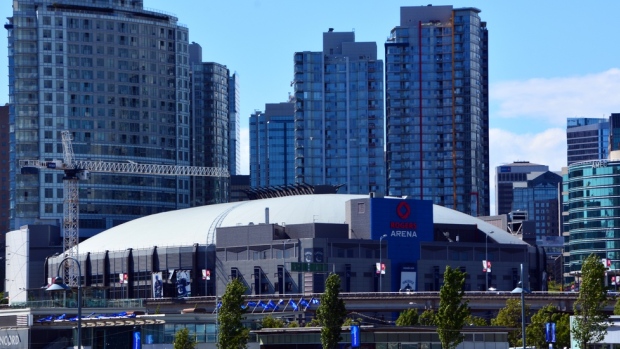 Deputy commissioner Bill Daly said Monday the Canadian government is very aware of the NHL's timeline for a decision on the border quarantine issue and the dialogue between the two sides is continuing, according to TSN's Ryan Rishaug.

While he wouldn’t be specific about what the deadline is, Bill Daly tells me the Canadian Government is very aware of the NHL’s timeline for a decision on the border quarantine issue. Dialogue continues. He adds all 3 Canadian cities remain options for the NHL’s hub city plan.

Talks on the Canadian border continue between the 3 Canadian teams, the NHL and the Federal government. Sense is things are heading in a positive direction and a decision on the 14 day quarantine issue could come this week.

Rishaug reports the sense is things are heading in a positive direction and a decision on the 14-day quarantine issue could come this week.

On May 26, the NHL announced its intention to re-start the 2019-20 season later in the summer with play being concentrated in two hub cities. At the time, the league said it would not decide on locations for between three and four weeks.

As of now, Canadian federal law requires those entering the country to quarantine for two weeks upon arrival, making it tough to foresee the NHL deciding on one hub city in Canada and one in the United States. However, Alberta Premier Jason Kenney has discussed possible exceptions with the federal government, including the possibility of allowing the NHL's bubble environment to serve as part of the two-week quarantine which would allow games and practices to continue.

Edmonton, Toronto and Vancouver were on the league's original hub city list released on May 26. At the time, TSN Senior Hockey writer Frank Seravalli reported that Las Vegas is one of the clear frontrunners.

The league initiated Phase 2 on Monday, meaning players can now participate in small group workouts at team facilities, though not every organization has opened their facility yet.

The NHL paused its season on March 12 because of the COVID-19 pandemic and still does not have an official re-start date should it be deemed safe to play.