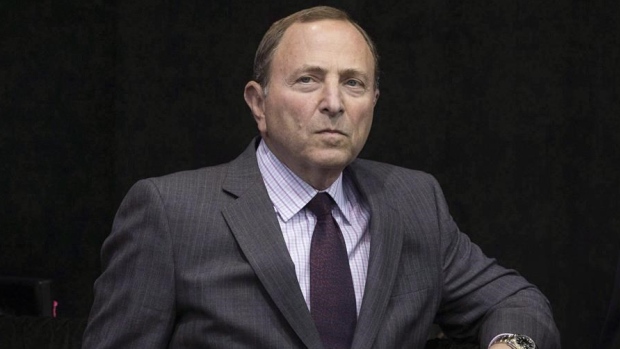 A U.S. federal court judge in Minneapolis late Wednesday denied an attempt by the NHL to force Boston University to hand over reams of medical data related to its research on chronic traumatic encephalopathy (CTE), saying that task would be “staggering.”

Boston University is home to one of the premier research labs in the world. It has analyzed the brains of nearly 400 research subjects and its findings are projected to play a central role in a high-stakes lawsuit moving forward in Minnesota.

In a proposed class-action lawsuit filed in U.S. federal court in Minneapolis, a group of more than 100 former players allege the NHL put profits ahead of their health by turning a blind eye to studies about the dangers of repeated head trauma.

While lawyers for the former players argue the NHL’s alleged negligence has heightened their clients’ prospects for developing CTE – a degenerative brain disease found in six former NHLers and about 100 ex-NFL players – the NHL has countered by questioning the legitimacy of research into the disease.

On Sept. 1, 2015, the NHL sent a subpoena to Boston University demanding the school produce documents that show which of the 400 study subjects were examined and were not diagnosed with CTE, as well as records identifying all athletes who donated or who had agreed to donate their brains to be examined.

The NHL also wanted the school to hand over any communications that discussed whether there was any variation in CTE diagnoses in the brains of former boxers, football players and athletes from other sports compared with those of hockey players, as well as digitized photos of the microscopy slides of brain tissue samples.

Judge Susan R. Nelson denied the NHL’s request in a decision released Wednesday night. Judge Nelson did order the university to produce to the NHL any public statements to the press regarding their research involving NHL donors.

Nelson wrote that Boston University neuropathologist Dr. Ann McKee had explained to the court that her research centre had about 172,000 photographs of each of the 400 donated brains and spinal cords. Dr. McKee estimated that in order to eliminate or de-identify the autopsy number from each of the images, it would take approximately 13 years’ worth of time.

Nelson wrote that it took Boston University’s CTE Center three weeks to reproduce the raw data related to Larry Zeidel, one of the five deceased NHL players whose brains have been examined by the centre. The others are Reggie Fleming, Rick Martin, Bob Probert, and Derek Boogaard. Dr. McKee and her colleagues are now examining the brain of a sixth NHL player. Former NHL player Steve Montador has also been diagnosed with CTE by researchers in Toronto.

Nelson noted in her order that earlier Wednesday, a lawyer for Boston University wrote in a letter to the court that the school would voluntarily produce to the NHL all of the digitized copies of slides and photographs related to the former NHL players whose brains were analyzed by the school.