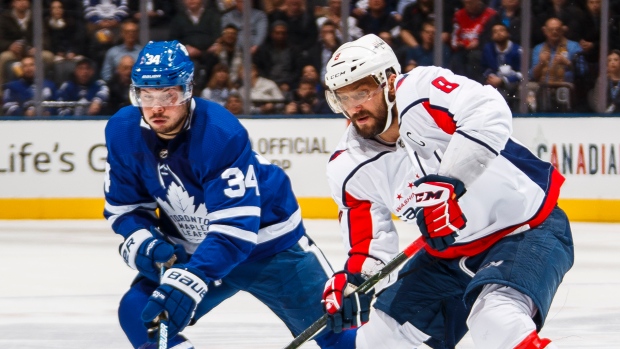 TORONTO — The NHL continues to inch towards a return to action.

The league and its players' association announced Monday training camps will open July 10 — provided medical and safety conditions permit, and the sides can reach an agreement on resuming the season.

The start of camps for the 24 teams included in the NHL's return-to-play plan would signal a move to Phase 3 of the league's overarching protocol for a resumption of the 2019-20 campaign, which was paused March 12 amid the COVID-19 pandemic.

"That's good news for us," Toronto Maple Leafs defenceman Morgan Rielly said on a video conference call with reporters. "That's what we've been waiting for. If you asked most players what was the hardest part about it all, it was the uncertainty.

"To go that long without any news or hard information in terms of a start time is tough, but it's rolling now and hopefully we can keep going in the right direction."

The NHL and NHLPA said in a joint statement the length of camps and the target date for Phase 4 — actual games being played in arenas without fans — will be determined later.

Phase 2 of the return-to-play protocol began this week with teams given the option of opening practice facilities to small groups of players for on- and off-ice workouts under strict health and safety restrictions.

"It's important," said Rielly, one of as many as 20 members of the Leafs taking part. "Now it's just a matter of putting the time between now and July 10, and then get everyone together.

"Then hopefully from there it will be smooth sailing in terms of what we have to accomplish in order to get playing again, but it's obviously very helpful having dates."

Teams in Canada have the added wrinkle of a 14-day quarantine for all international travellers entering the country, although the NHL continues to discuss the matter with the federal government. As it stands, players in the United States and Europe on Canadian clubs would have to return no later than June 26 to be cleared for camp on July 10. The Vancouver Canucks and Calgary Flames have mused about holding their camps south of the border if the situation remains the same.

Rielly, who spent the bulk of the last three months at home in Vancouver, said he was apprehensive flying back to Toronto.

"I think we're all nervous," said the 26-year-old. "Even just going to the grocery store you can get nervous a little bit. But travelling back for sure."

The league's return-to-play blueprint — which will eventually require the approval of health and government officials to get off the ground in two centralized hub cities — would begin with separate round-robin tournaments for the top-4 clubs in both the Eastern and Western Conference.

The remaining franchises would take part in eight best-of-five qualifying round series, leaving the NHL with its traditional 16-team playoff.

"We all had good days and bad days during this period," Rielly said of waiting for news. "I tried to stay optimistic. I do believe that we will play. I've always had that train of thought. It was just a matter of when we got the green light for Phase 2, and we're almost a week in now.

"I have confidence that we will (play), but there'll always be that doubt ... an aspect of it is not entirely in our control."

Should the league eventually move to Phase 4, it would see Boston, Tampa Bay, Washington and Philadelphia compete for the No. 1 slot in the East, with defending Cup champions St. Louis, Colorado, Vegas and Dallas doing the same out West.

The East's best-of-five qualifying or "play-in" series would see Pittsburgh vs. Montreal, Carolina vs. New York Rangers, New York Islanders vs. Florida, and Toronto vs. Columbus.

In the West, the best-of-five matchups include Edmonton vs. Chicago, Nashville vs. Arizona, Vancouver vs. Minnesota, and Calgary vs. Winnipeg.

It's hoped that Phase 4 will begin in either late July or early August, with the Stanley Cup being awarded sometime this fall. The trophy has been awarded every year since 1893, save for 1919 because of the Spanish flu outbreak, and 2005 when a lockout led to the cancellation of the entire campaign.

While the announcement of the timing for Phase 3 was another step in the process, plenty of work remains for hockey to be played this summer.

Apart from choosing the two hub cities — Vancouver, Edmonton and Toronto are the three Canadian markets out of 10 North American centres in the running — testing capacity, safety, and whether or not players will be quarantined away from family for two months or more are among the issues that still to be addressed.

"You have to do whatever you can to prepare yourself to play and be in that mindset and keep a positive attitude," Rielly said. "I've tried to keep the attitude that we're coming back, and try to be positive and hopefully that can keep going here between now and July 10.

"And then on from there."