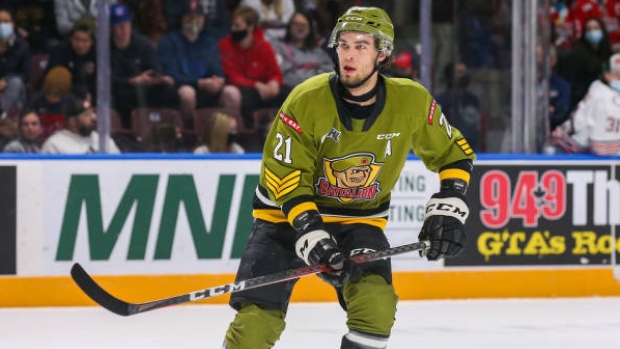 Hunter Haight and Cooper Matthews scored in the second period for Barrie (14-7-3) in the team's first game since Dec. 18. Ryan Del Monte assisted both goals.

Goalie Matteo Lalama made 21 saves in the loss.

The Colts outshot the Battalion 37-24.

The OHL announced earlier in the day that Kingston's game at Peterborough would be postponed due to COVID-19 protocols. The Frontenacs' game Sunday at Mississauga and Tuesday at Oshawa were also postponed.

KITCHENER, Ont. – Nolan Lalonde made 40 stops to lift Erie (10-16-2) to its fourth straight victory. Elias Cohen and Christian Kyrou guided the offence with one goal and one assist apiece. Antonino Pugliese scored the lone goal and Jackson Parsons stopped 23 shots for Kitchener (13-13-2).