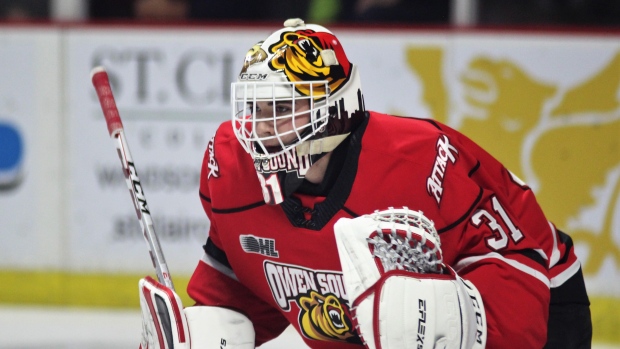 The win marked the 19-year-old netminder's first shutout of the season.

Gavin Bryant put in a dominant performance with a goal and four assists , while Stepan Machacek scored and notched two helpers.

Owen Sound went 1 for 5 with the man advantage and Sarnia failed to score on two power plays.