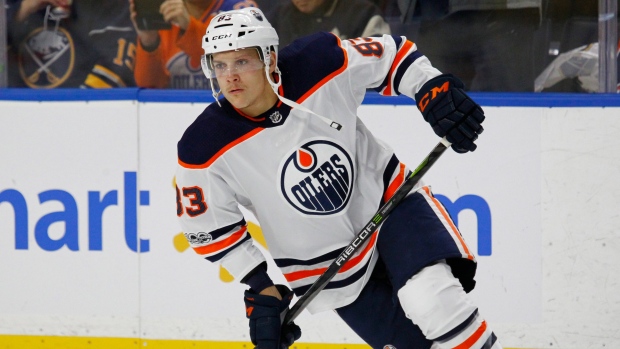 Edmonton Oilers defenceman Matt Benning left Sunday’s game against the Vancouver Canucks after being hit in the head with a puck.

#Oilers d-man Matt Benning will not return to tonight's game.

The play happened in the first period when Josh Levio took a shot that hit Benning in the back of the helmet.

He was slow to get up and was taken to the locker room.

Benning will be reassessed on Monday.

The 25-year-old was playing in his first game after missing five with a concussion.