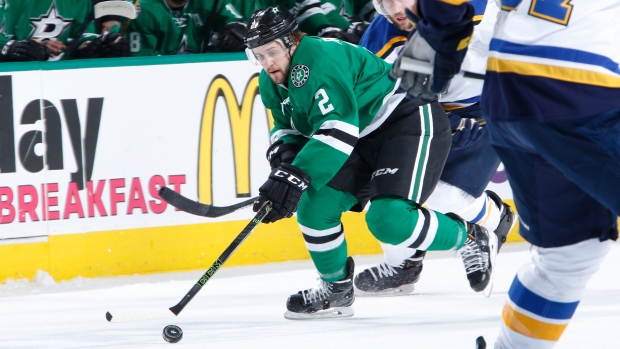 The 29-year-old Russell is a veteran of nine NHL seasons with Columbus, St. Louis, Calgary and Dallas. He has 38 goals and 139 assists in 573 games.

He has averaged over 23 minutes of ice time per game in each of his past three seasons, setting a career high in 2014-15 by ranking 21st in the NHL.

Russell was the Calgary Flames' 2015 nominee for the Bill Masterton Trophy, awarded annually to the NHL player who best exemplifies the qualities of perseverance, sportsmanship and dedication to hockey.

The draft pick is a third-rounder that would become a second-round choice if Yakupov reaches 15 goals.

Edmonton is the first team in NHL history to trade away two of its own first-overall picks in the same year after sending 2010 No. 1 Taylor Hall to New Jersey in June.