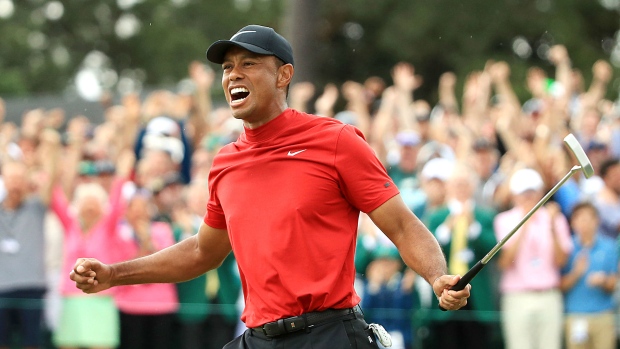 As the sports world remains at a virtual standstill due to the coronavirus (COVID-19) outbreak, let’s take a look back to see what happened on April 13 in sports history.

1966 – Happy birthday, Greg Maddux – Today is also Pete Rose’s birthday, but let’s talk about an actual Hall of Famer. One of the greatest pitchers of a generation, Greg Maddux was born on Apr. 14, 1966 in San Angelo, Texas. Taken in the second round of the 1984 draft by the Chicago Cubs, the lean righty would make his MLB debut in 1986. By the end of his rookie season, Maddux would find himself part of a weird piece of trivia – in his final start of the season against the Philadelphia Phillies, Maddux would defeat his older brother, Mike, as the pair became the first ever rookie pitcher brothers to face one another in MLB history. Maddux’s run from 1992 to 1995 was one of the greatest ever by a pitcher. Over those four seasons (the first with the Cubs and the next three with the Atlanta Braves), Maddux was a combined 75-29 with a 1.93 earned-run average and a WHIP of 0.942, winning the National League Cy Young in all four years and winning the World Series in 1995. Arguably the finest fielding pitcher of all-time, Maddux won a record 18 Gold Gloves, including 13 straight from 1990 to 2002. Maddux retired in 2008 after 23 seasons, finishing his career with a 355-227 mark, a 3.16 ERA and WHIP of 1.143 over 5,008.1 innings pitched in 744 appearances with the Cubs, Braves, Los Angeles Dodgers and San Diego Padres. Maddux was elected to Cooperstown in his first year of eligibility in 2014, appearing on more than 97 per cent of ballots. Maddux’s most lasting impact on the game might be an unofficial statistic named after him – a Maddux is a start in which a pitcher throws a complete-game shutout with fewer than 100 pitches, a feat its namesake achieved a record 13 times.

1969 – Major League Baseball comes to Canada – After six games on the road, the Montreal Expos would play in front of a home crowd for the first time in their inaugural season on Apr. 14. For the first eight years of the Expos’ existence, the team would call Jarry Park home. Originally a 3,000-seat capacity stadium built in 1960 to attract a Major League franchise into taking on the minor-league Montreal Royals as an affiliate after their association with the Los Angeles Dodgers was terminated, Jarry Park’s capacity was expanded to 28,500 to accommodate the Expos. Like almost every other ballpark, Jarry had its quirks. Since it was constructed on municipal land, there was a city swimming pool just over the right-field wall. A very large gap between the left-field bleachers and third-base stands created a wind tunnel that would result in freezing gusts blown towards middle infielders during the early season. The worst of them, though, was the fact that the park was completely open to the elements, meaning that Montreal’s harsh weather would cause a number of postponements and cancellations, especially early and late into the year.  There were no issues with the weather for the Expos’ home opener, though, as Montreal took on a St. Louis Cardinals team featuring future Hall of Famers Lou Brock and Joe Torre, as well as future broadcasting legend Tim McCarver. An over-capacity Jarry Park saw the home team jump out to a huge lead by the end of the third. In the first, the first ever home run hit at Jarry Park came off of the bat of Mack Jones, whose drive to deep right cashed in Rusty Staub and Don Bosch for a 3-0 lead for the Expos. Jones would cause Cards starter Nelson Briles all sorts of trouble again in the second. This time, a two-out triple plated Staub and Maury Wills to extend the lead to 5-0. Then in the third, Expos starter Larry Jaster – taken from the Cards in the expansion draft – would help his own cause with an RBI single to take the lead to 6-0 and Montreal was cruising…but just briefly. The fourth would prove to be a nightmare for the home team. A single and a pair of errors loaded up the bases with nobody out for the Cardinals, and Jaster promptly served up a grand-slam ball to Dal Maxvill to pull St. Louis within two at 6-4. A Vada Pinson RBI single brought the Cards within one at 6-5 before Torre gave the visitors the lead with a two-run home run that chased Jaster to make it 7-6 Cardinals. That lead would only last until the bottom half of the frame. Gary Waslewski, in relief of Briles, gave up the lead with a wild pitch that allowed Wills to score to even matters at 7-7. The game would remain knotted until the bottom of the seventh when another Expos pitcher would do damage. Reliever Dan McGinn’s RBI single to score Coco Laboy would prove to be the game-winning run as he shut the door the rest of the way to also claim the win in the Expos’ 8-7 victory.

1991 – Blackhawks go home early – The Presidents’ Trophy is a testament to regular-season success – no more, no less. Awarded to the team with the most points at the end of the NHL season since 1985-1986, winning the trophy hasn’t always translated into playoff success – in fact, only eight of the 33 teams who have claimed the award have gone on to win the Stanley Cup. The fact that the winner of the Presidents’ Trophy has just a little less than a .250 winning percentage when it comes to taking it all in the postseason might not constitute a curse per se, but it doesn’t bode well heading into the playoffs. The 1991 Chicago Blackhawks were the first team to really learn this the hard way. Mike Keenan’s ‘Hawks were a regular-season juggernaut, led by their rookie sensation Eddie Belfour in net, who recorded 43 victories en route to the Calder and Vezina Trophies. Offensively, winger Steve Larmer led the team in points with 101 in a 44-goal campaign. The ‘Hawks would finish atop the Norris Division and claim the Presidents’ Trophy by a single point over the St. Louis Blues, 106 to 105. Finishing as the top seed in the division meant a date with the Minnesota North Stars, who finished fourth in the Norris to grab the final playoff spot on 68 points. Only the Vancouver Canucks (65) had fewer points among playoff teams than Bob Gainey’s Stars, so the division semi-final tilt was very much a David versus Goliath affair. Minnesota would be undaunted, though. The North Stars shocked the Blackhawks in Game 1 with a 4-3 overtime victory on Brian Propp’s winner. The Blackhawks would answer back in Game 2 with a 5-2 win in a four-point game from Jeremy Roenick. Game 3 saw the North Stars take a 5-2 lead in the first, but four unanswered goals from the ‘Hawks gave them a 6-5 win and a 2-1 edge in the series. But the Stars weren’t about to go away quietly. Three first-period goals would be enough to even matters at 2-2 in a 3-1 Game 4 victory. Minnesota would pull ahead in the series again with an emphatic 6-0 rout in Game 5 on the back of four power-play goals and four assists from Brian Bellows. Rattled by the Game 5 thrashing, the Blackhawks wouldn’t recover. The Stars were again fuelled by Bellows, this time with two goals and an assist, to send Chicago packing in six games, 3-1. The defeat marked the first time the NHL’s best team went out in the first round in two decades. It was also the start of a Cinderella run to the Stanley Cup Final for the Stars, who proceeded to knock off the St. Louis Blues and Edmonton Oilers before ultimately falling in six games to the Pittsburgh Penguins

2019 – Tiger roars again – Heading into the 2019 Masters, Tiger Woods was a big story. That’s because Tiger Woods is always a big story, even if his play no longer warranted it. A winner of just one tournament in his past five seasons and sidelined intermittently with a number of different ailments, Woods didn’t necessarily represent a threat to win another Green Jacket as much as he stood for hope. Watching Woods at Augusta elicited memories of his greatness and, for much of an entire generation, why they fell in love with the sport in the first place. Woods hadn’t won a Masters since 2005 and any major since 2008, but people still dreamed every time he came to Augusta that Jack Nicklaus’s record 18 majors might yet fall, and another Green Jacket might be the springboard for a renaissance for the now 43-year-old Woods. In the first round, it was a couple of young bucks who would take centre stage, with Brook Koepka and Bryson DeChambeau sharing the lead with a pair of 66s. Woods acquitted himself nicely with a two-under 70 to stay in the hunt. By the end of Friday, there was a glut atop of the leaderboard, with a five-way tie atop it. All of Adam Scott, Louis Oosthuizen, Francesco Molinari, Jason Day and Koepka sitting at seven-under. After a four-under 68, Woods sat in the group of four at one-stroke off the pace. On Moving Day, three birdies on the back nine meant a 67 on the afternoon for Woods, but that was only good enough for a tie for second alongside Tony Finau, who shot a scorching 64, with Molinari holding a two-stroke lead at 13-under. In the final round, Molinari hit trouble on 12 and never recovered. A dip into Rae’s Creek meant a double-bogey on the hole to fall back into a tie with Woods. Molinari found the water again on 15 as Woods birdied to take a one-stroke lead. A birdie on 16 put Woods in the driver’s seat as he headed to 18 needing only a bogey to claim major No. 15. And he would do just that – with five on the par-four 18, Woods would don the Green Jacket for a fifth time and first time in 14, breaking Gary Player’s previous record of 13 years in between Masters titles. It would also mark the first time Woods had won a major without leading after three rounds. The victory also happened to come on the 17th anniversary of his 2002 victory, the second of a back-to-back at Augusta.