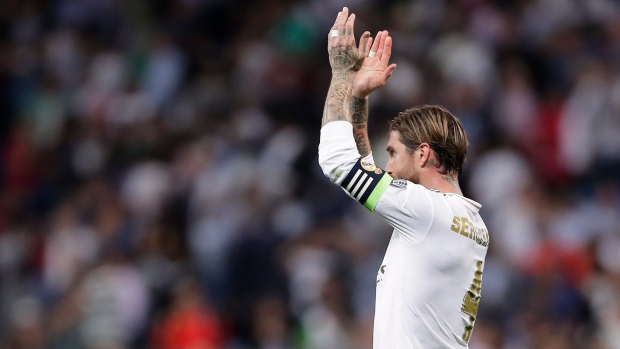 As the sports world remains at a virtual standstill due to the coronavirus (COVID-19) outbreak, let’s take a look back to see what happened on March 30 in sports history.

1918 – Toronto becomes first NHL team to win Stanley Cup – The 1918 Stanley Cup Final marked the 26th time Lord Stanley’s Grail would be awarded, but it also marked a very important first for the trophy. That season’s final would be contested between the Vancouver Millionaires of the Pacific Coast Hockey Association and the Toronto team (later called the Arenas) of the nascent National Hockey League, formed that season after the suspension of the National Hockey Association. Because the PCHA and NHA had alternated the hosting of the Stanley Cup over the previous three years, Toronto’s Mutual Street Arena would play host to the series. There was still one hiccup, though – the PCHA and NHL played under different rules with significant differences. In the PCHA, teams played with seven players and with forward passing allowed. In the six-player NHL, forward passing wasn’t adopted until the next year. As a means to rectify the discrepancy, games would be played under each league’s rules in alternating contests. Game 5 was played under NHL rules with Toronto emerging victorious, 2-1. Corbett Denneny had the winning goal for Toronto, while Alf Hackett led all scorers with 11 points over the postseason.

1981 – Isiah Thomas’s Indiana wins the NCAA championship – The 1981 edition of March Madness will be remembered as Zeke’s coming-out party as Thomas and the rest of Bobby Knight’s Hoosiers ran roughshod over the field en route to the program’s fourth national title. A No. 3 seed coming out of the Mideast Region, the Hoosiers steamrolled their way into the final. In their opening game (in the second round as March Madness was a 48-team tournament at this time that gave first-round byes to the top 16 overall seeds), Indiana beat Maryland 99-64 with Thomas posting 19 points and 14 assists. The Hoosiers would dispatch upstart UAB in the regional semis, 85-72, on 27 from the 21-year-old junior Thomas. The Elite Eight proved to be another rout for Indiana, with the Hoosiers dominated an outmatched St. Joseph’s, 78-46, with the Hoosiers holding the Hawks to just .333 shooting. The Tigers of LSU would prove to be no match for Indiana in the Final Four, with the Hoosiers cruising to a 67-49 win at the Spectrum in Philadelphia. Dean Smith’s North Carolina Tar Heels awaited the Hoosiers in the final, boasting a roster that included future Hall of Famer James Worthy and future NBA stalwart Sam Perkins. In the final, Thomas would score a game-high 23 to go along with five assists and four steals as the Hoosiers beat UNC, 63-50. Along with Thomas, the victory made national champions out of future Toronto Raptors president Glen Grunwald and future Washington Wizards head coach Randy Wittman.  Thomas was named the Final Four’s Most Outstanding Player and weeks later at the 1981 NBA Draft, he would be taken by the Detroit Pistons with the second overall selection.

1986 – Sergio Ramos is born – One of modern football’s most gifted and polarizing defenders was born on this date in the Andalusian town of Camas. A product of the Sevilla academy, Ramos made his senior debut with Sevilla in 2003. As the transfer window was about to shut closed in the summer of 2005, Ramos joined Real Madrid in a £24.3 million move, a La Liga record at the time for a defender and still the highest transfer fee ever paid for a Spanish teenager. In 15 years at the Bernabeu, Ramos has become a club legend, winning 21 trophies, including four La Liga titles and four Champions League crowns. His 640 appearances for Los Blancos are fifth-most in club history with Ramos trailing all-time leader Raul by 101 games. Internationally, Ramos has also racked up the accolades. Spain’s most capped player at 170 appearances, Ramos made his senior debut in 2005 at the age of 18. Since then, Ramos has appeared at four World Cups and four Euros, helping Spain win its first ever World Cup in 2010 in between Euro triumphs in 2008 and 2012. While a serial winner, gifted passer and thorough defender, Ramos has a reputation for…more than just that. Widely considered one of the dirtier players in Europe, Ramos has amassed a Real record 26 red cards over his career, including five during El Clasico play. His 20 sendings off in La Liga are also a record. Ramos’s most recent red card came last month in a Champions League knockout-round tie against Manchester City in which he was adjudged to have hauled down Gabriel Jesus as the last man back in a 2-1 loss. That red card was Ramos’s fourth in Champions League competition.

1990 – The Golden Bear joins the Senior Tour – After turning 50 that January, 18-time major champion Jack Nicklaus made his PGA Senior Tour (now called the PGA Champions Tour) debut in style at The Tradition in Scottsdale, one of the five SPGA majors. Proving that his transition to the tour would be seamless, Nicklaus opened up the new phase of his career in style. The Golden Bear got the lay of the land during the first round at Cochise Golf Course of the Golf Club at Desert Mountain, shooting a one-under 71. Nicklaus followed that up with rounds of 68 and 67 to hold off Gary Player by four strokes to win the tournament. Nicklaus would go on to win another major that season, claiming June’s Senior Tournament Players Championship at the Dearborn Country Club in Michigan, going 27-under for the weekend. Lee Trevino was named 1990’s Player of the Year, winning seven events.

2001 – Michael Phelps sets 200m butterfly record – In 2020, Michael Phelps is a swimming icon and one of the greatest Olympians of all-time. But in 2001, Phelps was just a lanky teenager from Baltimore fresh off a surprise appearance at the 2000 Summer Olympics in Sydney, where he finished fifth in the 200m butterfly. It was in that race where a 15-year-old Phelps showed a sign of things to come at the U.S. World Championship trials in Austin, Texas. Phelps became the youngest ever male to set a world record when he swam the 200m butterfly in 1:54.92, beating the mark set the previous year by American teammate Tom Malchow. Phelps would go on to beat his own mark seven more times, most recently in 2009 with a time of 1:51.51. Last summer, Polish swimmer Kristof Milak would snatch away Phelps’s record at 1:50.73. Despair not for the now-retired Phelps, though – the 23-time Olympic gold medallist still holds four standing world records.