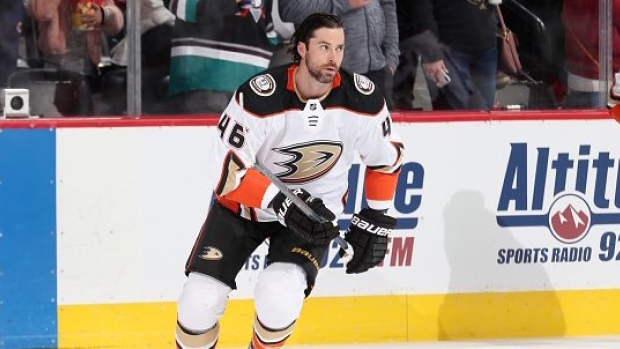 The Ottawa Senators have added another piece to their roster.

The team has acquired defenceman Erik Gudbranson from the Anaheim Ducks in exchange for a Senators' (previously acquired from Edmonton) fifth-round selection in the 2021 NHL Draft.

Gudbranson registered nine points (four goals, five assists) and 91 penalty minutes over 44 games in his lone season with the Ducks in 2019-20.

"Erik Gudbranson provides another sizable presence to our defence corps," said Senators general manager Pierre Dorion. "He's a reliable veteran who plays an intimidating style of game and someone who will add a combination of grit, energy and, most importantly, leadership to our lineup."

Gudbranson, 28, was selected by the Florida Panthers in the 2010 NHL Draft.

Over 518 career NHL games with Florida, the Vancouver Canucks, Pittsburgh Penguins and Anaheim, he has posted 73 points (20 goals, 53 assists) and 581 penalty minutes.