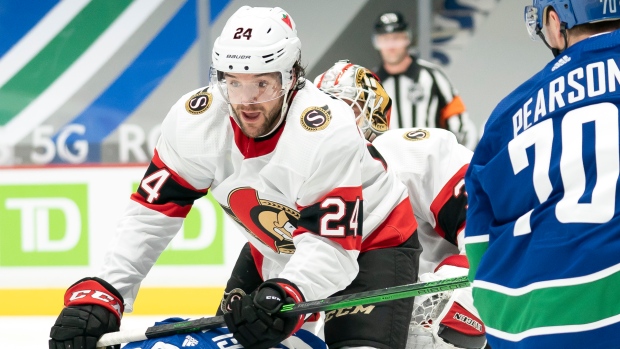 Ottawa Senators defenceman Christian Wolanin suffered a lower-body injury in Wednesday's matchup with the Vancouver Canucks and did not return.

Injury update: #Sens defenceman Christian Wolanin has sustained a lower body injury and will not return to tonight’s game in Vancouver.

He played 7:35 of game-action before departing, recording zero points and one shot on goal. The Canucks went on to defeat Ottawa 5-1.

This is the 25-year-old's fourth season with the Sens. He had zero points in three games entering Wednesday's matchup.

The Senators will be back in action against the Canucks on Thursday.