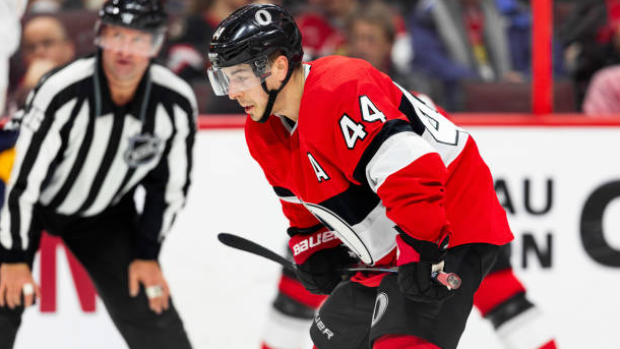 Ottawa Senators centre Jean-Gabriel Pageau was absent from the team's practice Friday, one day after being a late scratch for the Senators' 4-2 loss to the Vegas Golden Knights.

Head coach D.J. Smith said Pageau will be a game-time decision for Saturday's game against the Calgary Flames.

Pageau was scratched Thursday after taking part in warmups due to an upper-body injury.

#Sens Pageau not skating this morning. Was a late scratch last night vs VGK

The 27-year-old sits second on the team in goals and points this season with 19 goals and 31 points in 46 games.

Pageau, a pending unrestricted free agent, has been the subject of trade speculation ahead of the Feb. 24 trade deadline and carries a $3.1 million cap hit.

The team used the following lines during Friday's talk: