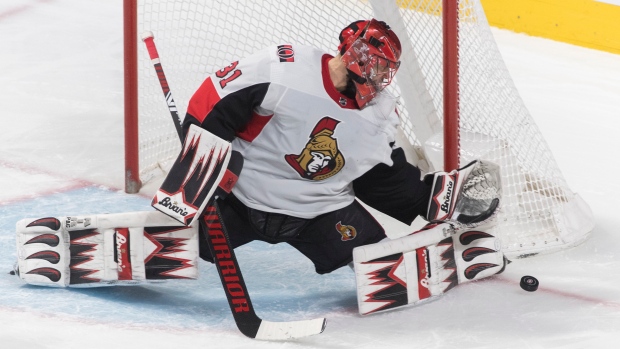 Marcus Hogberg started for the Senators in their overtime win over the Nashville Predators Thursday.

In other Senators injury news, Ron Hainsey will miss a week to 10 days with a lower-body injury he sustained in the first period of Thursday's game.