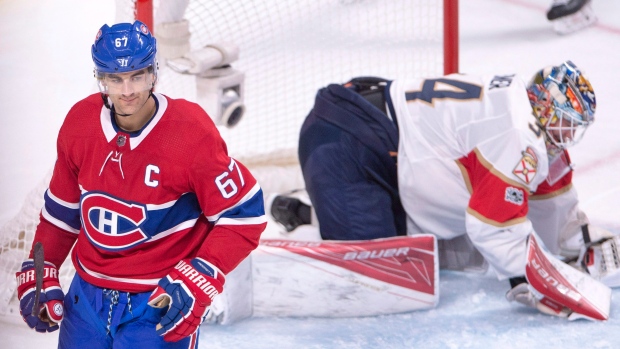 The Montreal Canadiens and the San Jose Sharks will try to find answers and goals when they meet at the Bell Centre on Tuesday.

Both teams were shut out in their previous game: The Canadiens lost 2-0 to the Panthers in Florida on Saturday, and the Sharks were blanked 6-0 by the Stars in Dallas on Sunday.

The Canadiens have been outscored 12-3 during their current four-game losing streak. Captain Max Pacioretty did not score in the 12 games the Canadiens played in December.

Pacioretty said the Canadiens changed their approach on offence and tried to put more players in front of the net against Florida, but the execution was sloppy.

"I thought we had the right approach as to how to create offence," Pacioretty said. "Like I said, the execution wasn't perfect. Last practice was really the first time we've worked on how the D can support the rush and how we can play as five in the offensive zone.

"It led to some chances tonight, but our execution has to be better to get more chances."

Pacioretty added that the losses are starting to wear on him.

"I can't speak for everyone else, but many frustrations kind of creep in and it's definitely there, but I can't let it take over my game and my mindset," he said.

Add to his stress level, Pacioretty now finds himself the centre of trade rumors.

"You just live your life and worry about your family," Pacioretty told Postmedia on Monday. "If it happens, it happens. I'm very proud of the past success I've had in Montreal. I've played here for 10 years, and I've never gone through something like this. I've gone through ups and downs, but never this low."

The Canadiens (16-19-4) and are eight points out of the second wild-card position in the Eastern Conference.

The Sharks (20-12-4) are tied for third place in the Pacific Division. They had a three-game winning streak ended by the Stars and will be looking for a better start and to improve their puck movement against the Canadiens.

"We didn't get going," Sharks forward Joe Pavelski told NHL.com of the game at Dallas. "You prepare to play, come out, and we were fighting the puck early. I think that led to we didn't break out clean, we didn't connect two passes together for a while. You spend a lot of time in your end."

The game against the Stars started a stretch during which the Sharks play eight of nine games on the road.

"Not the way we want to start the road trip," Sharks coach Peter DeBoer said. "I think right from the drop of the puck, I thought they were the hungrier team. They won the first shift and kind of set the tone from there. I didn't think we really responded until the second period. By then, we were already in a 2-0 hole."